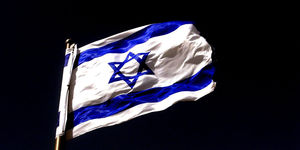 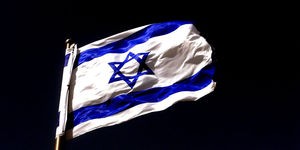 Every year Northwest University offers a three-week trip for College of Ministry students to travel to Israel and Jordan on a tour of the Bible lands where they have the opportunity to experience life in Israel and see the holy sites. Despite current tensions between Israel and Palestine, the tour is still set for this May and will be led by President Castleberry.

Over the summer, there have been several reports of increased conflict in the region. While these two nations have experienced tension for decades, the recent escalation of warfare, which began in July, has been especially devastating to the people of the area. In late June, bodies of three Israeli teens were found after they had been kidnapped from the West Bank. A few weeks later, the body of a Palestinian teen, was found in Jerusalem,

Since these incidents, large increases of rocket attacks originating from Gaza have been launched into Israel. This prompted Israel to launch counter missiles and send troops and militants into the Gaza Strip in a counter offensive.

The issues surrounding this conflict are extremely complex and it is difficult for many to grasp an understanding of the situation without an inside perspective.

Two NU students, Patricia Hughes and Marissa Flannery had an opportunity to spend last semester in Israel on a study abroad tour with a program called Best Semesters. They had the distinct privilege of living with both Palestinian Muslims and Israeli Orthodox Jews during their homestay. This experience allowed them to gain a new understanding of the conflict and the way in which it is presented here in America.

“I would say that the media is biased in its omission of the facts. It is incomplete in that it only presents one side of the story but not the other,” says Hughes.

Flannery feels that the media and global response to the conflict is frustrating and disheartening. “I have seen so many articles spreading the idea of hatred of one side of the conflict. We get so blinded by it (the conflict) that we forget that people are people.”

It is through the relationships that Hughes and Flannery have developed with the people of Israel and Palestine that they are able to truly see the negative impact this conflict has on the people of the region. They also see that spreading stereotypes and hatred will not bring peace.

“Both the Palestinians and the Israeli’s want peace; they both desire for their families to grow up safe and free to pursue their dreams and practice their religions,” says Flannery.

In this situation, Dr. Wayde Goodall, who is the Dean of the College of Ministry, encourages students to be concerned about what is going on because as Christians we are called to be compassionate and help those in need.

Hughes further affirms the importance of being informed and aware. “We are called to be engaged in life and to see people and their humanity and also recognize that people are hurting and need Jesus.”