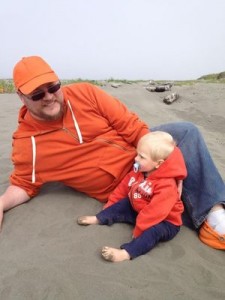 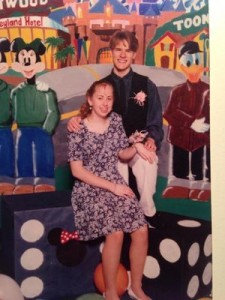 Kevin Maurer’s closest friends and Northwest University colleagues say he left this life the same way he lived it – at peace with his Savior and caring deeply for his family.

“We were married for 15 years and have two beautiful children,” said Sondra Maurer, whose husband died October 31st following a three-month battle with cancer. “Kevin was a great husband, father, friend, brother and son.”

Maurer was also great at his job in NU’s Information Technology Department, according to his boss of nearly four years. “He would work into the night,” said David Bazan, who rewarded Maurer’s work ethic by promoting him to IT Systems Engineer last spring. “There were a couple times he even pulled an all-nighter.”

Bazan told The Talon that Maurer kept an air mattress in his office closet to sleep on. “Kevin wasn’t a by-the-clock guy,” he said. “He went the extra mile.” These two friends also walked a few miles together, sometimes sharing a stroll on the campus soccer fields just to talk about life.

Once Maurer was not healthy enough to work, many IT staffers missed what Bazan called his warm personality.

“His faults were few, his kindness and patience abundant,” said Tim O’Shea, who recalled one point when he and four colleagues had to split their usual duties to keep up with workload. “Kevin had an ability to put a smile on everyone’s face,” adding that Maurer rarely got upset when things went wrong.

One unique thing about Maurer was his passion for the color orange – an ocean of which greeted those who attended a November 8th memorial service at Redmond Assembly of God.

Whether a key chain, a coffee mug or a favorite shirt, Sondra and her late husband’s colleagues marveled at how Maurer regarded orange as representing warmth, happiness and a rejuvenation of the heart.

Bazan remembers Hebrews 11:1 to have been among Maurer’s favorite Bible passages: Now faith is being sure of what we hope for and certain of what we do not see. They spoke of it often.

“Kevin loved the Lord,” said Sondra, who recalled many nights when Lillee, 8, and Levi, 3, would go to bed as dad went back to work until midnight. “He was brilliant and funny. He could play any instrument he got his hands on. He will be missed by so many – especially his family.”