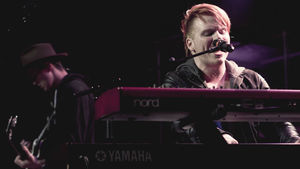 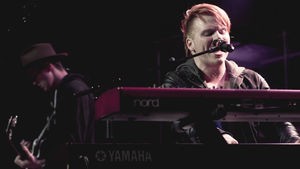 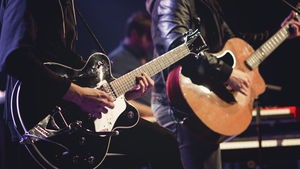 This year’s Pursuits began last night with a music-filled worship service; it was led by Northwest Universities own band Crossing and the well-known group Leeland.

Pursuit is a weekly, Monday night gathering that can be used for chapel credit. But for NU students they provide so much more. They are an opportunity for praise and connection with the Holy Spirit through a variety of music and speakers; last night was no exception, “It was great to not only hear them play their music, but to hear what Leeland [the band’s name as well as lead singer] had to say about God and to witness how the Holy Spirit works through their music”, says Meagan Governor.

Leeland traveled all the way from their homes in Texas, they were a big hit with students and visitors alike. The band even chose to play one of their new songs, The Lion and the Lamb, for the first time in front of the lucky NU crowd. Robi Long comments “I like Leeland because you can tell that their relationship with God is completely genuine. They pour their heart and soul into what they do. I hope they come back to NU in the future!”

NU’s own band was also well received, as they always are both on and outside of campus.

Crossing is made up of seven NU students and alumni. They all, currently or previously, have been involved on the worship team in Chapel. They help to make Chapel and Pursuit an engaging experience for those who attend. Crossing travels all around Washington throughout the year, playing at numerous events. They are playing at the Start Conference at NU, which takes place from the 29th of September to the 1st of October.

With such an exciting start to the year, we are sure to see many more positive memories, connections, and changes made in the weeks to come through the Spirit-driven Pursuits.