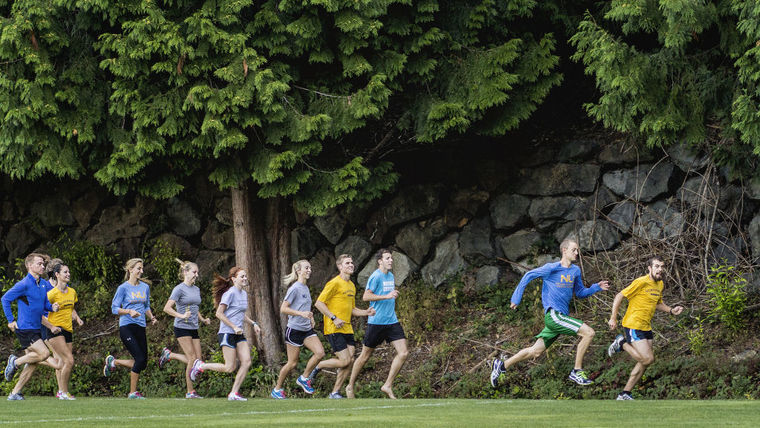 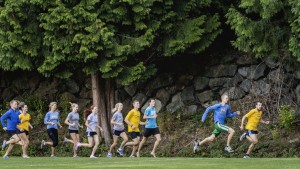 Northwest University’s cross country team competed in their first meet, the Cascade Collegiate Conference Preview, on Friday the 19th of September; the competition took place in Portland, Oregon at Fernhill Park. The men’s team placed sixth out of seven teams and the women’s team placed sixth out of eight teams. NU’s top competitors were Jonathan Ferguson, running a time of 27:56 for an 8k, and Cassidy Brown, running a time of 19:26 for a 5k.

Although the first race didn’t begin until 5:00 pm, the team’s preparations began as early as 6:30 am that morning. All of the team members warmed up their aching, stiff muscles by running 10-15 minutes. Later that day, the runner’s legs re-stiffened as they took the three hour car trip all the way down to Portland. An hour before the race began, they did another pre-race run that was 15-20 minutes long. After a series of drills, stretches, and many trips to the restroom (due to nervousness), it was finally time to race. After they all gave their hardest, heroic efforts out in the blaring heat, the tired and hungry members of the NU team proceeded to do a workout.

Because of Northwest University’s lack of a home cross country course and the wide variety of places that the team travels to, cross country meets don’t draw the biggest crowds. Luckily, with the atmosphere of friendship and comradery found with in this group of runners, the team still gets plenty of support from one another. When asked what her favorite part about being on the team was, Joanna Sowers commented “The cross country team is my family. Having close friends to suffer daily with, grow with, and laugh with has honestly been the most meaningful part of my time at NU. To sum it up, the team is a place of belonging – a place I’d be hard-pressed to give up.”