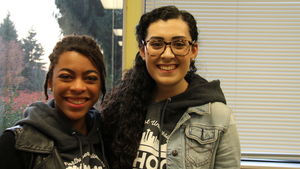 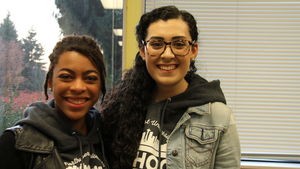 The Act Six program is a production of the Northwest Leadership Foundation that provides full need scholarships, leadership training, and a tight support group to selected inner city young adults. These scholars are chosen for their diverse experiences, need and leadership potential, and their accessory purpose for going to their individual universities.

As well as working towards their degrees, the Act Six scholars have weekly meetings with their cadres, the small group that they received their scholarship with, and leadership projects within their schools. These projects are chosen by the scholars, the only stipulation being that it must fulfil a need they have seen in the community. Though the scholars can get help on their project from their cadre, the focus of the groups is more on personal relationships than specific work.

The cadres function as support groups for the students, providing both a like-minded community for encouragement, and a place to be held accountable for their academics. Lauren Thomas, an Act Six scholar and student at Northwest, stressed the importance of the cadres and the scholars within them. Thomas said “They could relate with me and understand more closely what I was going through. They could understand the culture shock. The closer the cadre is, the higher the chances the scholars will succeed.”

Jessica Carey, Thomas’ roommate and fellow Act Six scholar, credits the Act Six program for her choice and success of her college education. “I would not be at Northwest without Act Six. And on campus they are my true support, where I could be more open and vulnerable,” Carey said.

Immediately upon receiving their scholarships, Act Six scholars begin their training. This process lasts from February to the end of August when school starts. It is meant to prepare them for student leadership, potential feelings of alienation, and general college struggles like roommate problems, or how to sign up for classes. As well as preparing them for the next few years of their lives, this allows the bonds between scholars to develop before they even get to school. These bonds are not just limited to cadre members, however.

Juan Esparza’s official title is Act Six coordinator of Northwest University, but his role concerning the scholars of Act Six is as a friend. Although he is certainly a helpful resource for the scholars’ leadership projects, Juan emphasizes that his primary goal is to be someone they could talk to about anything. “I am both logistical help and a person to pray with. Everything plays into who they are, as people and as leaders,” Esparza said. As far as the logistical aid, Juan makes sure to maintain an advisor position so that the scholars have a chance to run their projects. “I do try to play more of a background role on the legislative side, allowing them to lead. I ask for their ideas but will never propose my own for their projects.”

Esparza also placed importance on the fact that the scholars are diverse in more ways than one. “While these students are all from urban backgrounds, they are not all minorities. When we say diversity we mean more than just race. Diverse in talent, background, even in their circumstances,” he said. This is not only meant to be for the benefit of the scholars. The secondary goal of Act Six at Northwest University is to introduce this diversity into our school, allowing us to learn new things about the world, and how to interact with other cultures, from each other.

“Without encountering these other cultures, you are not truly being educated,” Esparza said. Whether you have been brought here by the Act Six program, or are here through other means, it is fair to say that Northwest University has benefitted from this added diversity.