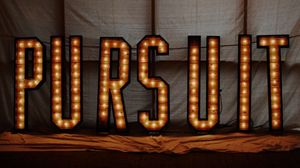 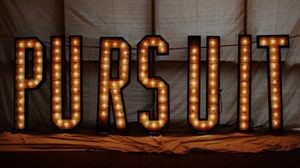 Pursuit Conference now occurs at a different time than in the past. This tradition used to take place at the start of fall semester as a way to dedicate the entire year to worshipping God, but was changed to spring semester to combat the feelings many students get at this point in the year. Associate Campus Pastor, Christian Dawson, explained the reason behind this change. “The middle of the year; it’s dark, cloudy, people getting close to graduating. Students can sometimes get depressed or self-centered so we wanted to remind them why we are here. This is the goal of Pursuit in general and Conference is just an extension of that,” Dawson said.

Campus pastor, Phil Rasmussen, said “It’s a time of renewal, spiritual renewal. A time to go deeper.” Though the weather and demanding coursework can be distracting from one’s spirituality, Rasmussen was quick to mention that students aren’t to be ashamed of this. He said, “Students aren’t falling away from God, but we all have tough moments and this is a way to start the semester with a statement of dedication.”

Not only does Pursuit Conference serve an admirable purpose, but also sports impressive numbers on the technical side. According to Dawson there are up to 60 student volunteers for worship and media alone. This doesn’t account for student leaders, or other students who volunteered for the 24 hour prayer event. Rasmussen said “We have a great team of students. I sit back and watch Campus Ministries run with [Pursuit Conference] and they love it. They try and up the level, add that energy and enthusiasm. We almost don’t have enough opportunities for them.”

With a 24 hour prayer session, guest speakers, a guest worship team, a variety of NU musicians and our very own student speaker Nick Del Degan, this Pursuit Conference made an intense effort to engage and remind potentially distracted students of the foundation we all share here at Northwest. The students behind the scenes were not only great in number, but also in passion as they played a massive role in the success of this conference. While ultimately, only the individual can decide whether or not to engage in an experience, what was seen this last week would make choosing the latter quite difficult.