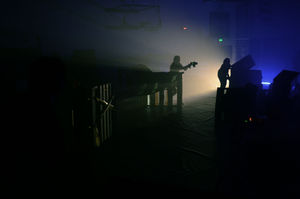 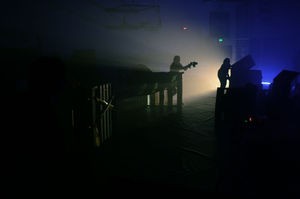 The basis of roomies is simple: Get your roommate a date” said Lisa Henry, NUSG’s Activities Chair. Roomies is a Northwest tradition where students ask each other on dates on behalf of their roommates, with the responsibility of asking switching genders every semester. Roomies has traditionally been a bit of a big deal as the term “date” can be interpreted many different ways, but NUSG has been making strides to turn the evening into a fun, casual event.

Andy Hall, Northwest’s Director of Admissions, was once NUSG’s Director of Community Life and oversaw this effort to de-formalize Roomies. “The goal of Roomies was really to have a healthy social opportunity with no pressure, in the spirit of fun and community,” Hall said. This goal was compromised in part because people had to plan their own evenings. If they planned a night that was too romantic with a date who was just a friend it could be awkward, or worse they might not be able to come up with a plan at all. “A lot of people were creative and came up with fun things to do, but there was still pressure for those who didn’t,” Hall said. Starting with last year’s Hunger Games showing, this lead to Roomies events being coordinated and held by Northwest.

This school year has followed suit. Fall semester saw students going to a pumpkin patch maze, and just this last week NU students went two-by-two to play laser tag in the Pavilion. ”I believe the idea was to combat any romantic connotations associated with the event. Roomies is meant to be a fun night out with your friends, but I know that some students would feel uncomfortable with the idea of asking a friend on a ‘date,’” Henry said. Although most groups still plan dates for before or after the Northwest held event, the atmosphere has become much lighter as Roomies has shifted from being couple centered to school centered. “NUSG… wanted to use these events for students to come together and participate in something fun that is not a typical Northwest event.” Henry said.

Dates to Roomies can still have romantic intentions, but overall this transition in attitude has helped otherwise hesitant students to go out and have a good time with their friends. Hall said, “You can go to Roomies without the pressure of planning, without it being a ‘date,’ and improve on healthy, social relationships.”