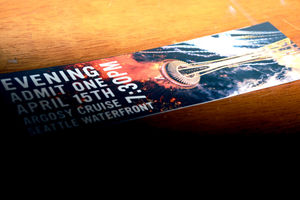 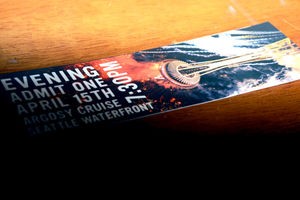 This year, Northwest University’s Evening took place on an Argosy Cruise on April 15th. Students arrived by 8:30 PM, when the boat undocked and began its journey around the Seattle waterfront.

Onboard the three-level cruise was a dessert and snack buffet, a photo booth, a D.J. with live karaoke, and an uncovered deck for sightseeing. After cruising around for almost two hours, the cruise docked again and attendees were invited to take a ride on the Seattle Great Wheel to close out their night. The cruise’s capacity was maxed out at 350 students and faculty in total.

NU Evening was much different than in years past with a significantly smaller amount of people being able to attend. Tickets were open for only to traditional, undergraduate students, and others who wanted to attend such as professors and students’ dates were placed on a waiting list. The 350 available tickets sold fast and many on the waiting list were not able to attend. This was not the original plan of Lisa Henry, 2015-2016 NUSG Student Activities Chair.

Henry started working on the plan for NU Evening 2016 last August when students were arriving on campus and booked a venue that NUSG was very excited about. Throughout the process of working with the company, Henry said she was very dissatisfied and ended up withdrawing from using their company in mid-November so that Evening could be the event she wanted it to be. The team began looking for a new venue and soon after booked a second one. In January of this year, that second venue called Henry and told her that they had decided to end their business with universities altogether and would not host NU’s Evening.

While most people in her shoes would have had eight months to work with a venue and plan an event, Henry had three months to find a venue and plan NU’s biggest yearly event. NUSG put their heads together and through their contacts found out about and booked an Argosy Cruise. In three months, Henry and her team planned the night on the water that was enjoyed this past Friday.

Though limiting the amount of people that could attend Evening was not Henry’s favorite option, she believes it gave Evening a new feel. People were able to see everyone else who attended instead of spending the night with their own group. Henry believes that this year’s Evening succeeded in building the NU community by “literally bringing everyone together”.

How to Stay Alive During Dead Week