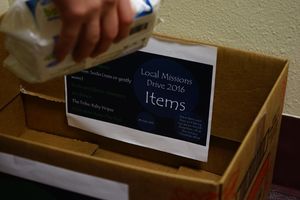 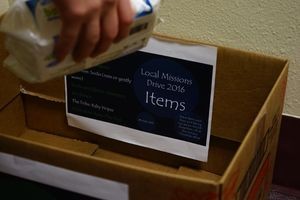 The Local Missions Drive was a twelve-day drive that ended on Thursday April 7. According to Local Missions Director, Brandon Deshazer, the drive was an “item drive designed to extend an opportunity to every NU student to tangibly be a part of serving people in need.”

The missions team collected items for three local non-profits, including The Genesis Project. The Genesis Project provides food, shelter, legal support, counseling and several other need-based services and “exists to offer hope for a new life to young women leaving commercial sexual exploitation.” It is headquartered in Kent, Washington.

Hand in Hand also benefited from the drive. According to their website, Hand in Hand is a local non-profit that provides “critical care and support for children who have been removed from their homes due to abuse, neglect, drug raids, abandonment, and other dangerous circumstances.”

The third group to benefit from the drive was the Northwest University student-led group Lighthouse. Lighthouse evangelizes and hands out care packages to the homeless in Seattle every Friday night.

Residence hall floors were each assigned specific items for the drive. Some of the items included socks, deodorant, tampons, and baby wipes. Local Mission’s goal for the drive was to raise a combined total of $500 in both money and donated items. They ended up doubling their goal and raised a total of $1,040.

The floor that raised the most money and items was “The Hood” with a total of $467.65 in peanut butter. “The Zoo” took second place with $151.24 worth of jelly and third place went to “The Wolfpack” who raised $72.40 worth of tampons.

Anyone who wishes to donate to the causes but missed the deadline can drop items off in the Campus Ministries office.

Students can help fulfill the many needs in our local community by getting involved with one of the Local Missions Teams on campus. For more information on local missions opportunities contact Brandon Deshazer at brandondeshazer13@northwestu.edu.