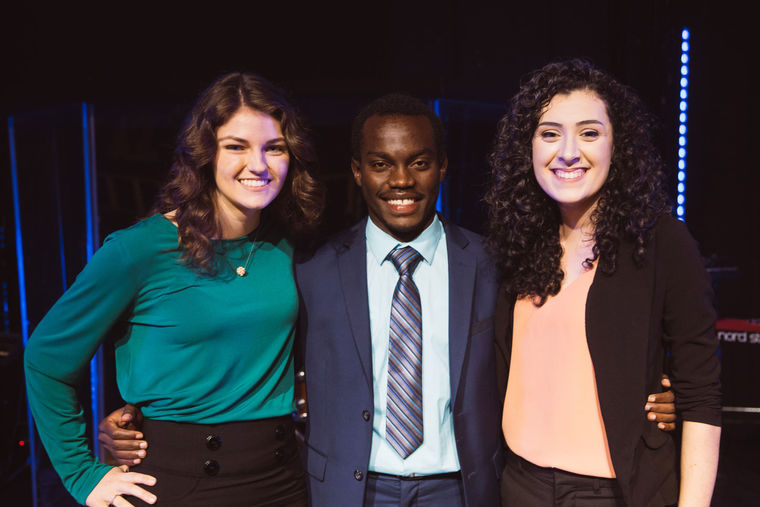 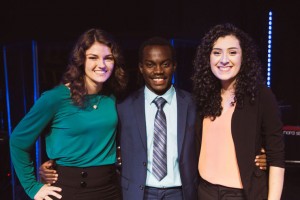 On Thursday, Northwest University joined with thousands of students across the nation to participate in Q Union, an event that combined three broadcasted talks with three live talks from NU students. The subjects ranged from politics to justice to racial tension, all revolving around the central topic of “Engaging Our Divided Nation.”

In the midst of the nation’s tension over recent events and unease of what the next few weeks may bring, the event focused on how Christians can respond.

The event was hosted by Q Ideas, an organization founded by Gabe Lyons with the position that no topic is off limits, and the intent to facilitate discussions around how faith engages with today’s complex issues.

“Q stands for Questions,” said Lyons over broadcast, as he launched the evening’s event and greeted his audience near and far.

“Our goal is to ask really good questions. We don’t want to just tell you what to think, we believe you can think for yourself. And we want you to have that opportunity tonight,” Lyons said.

The first speaker was well-known Christian apologetic and writer Ravi Zacharias on the topic “Responding in Our Divided Moment.” Zacharias filled the chapel with his passion and intensity.

Discussing the candidates and if Christians should vote, Powers argued it was valid to write-in or not vote altogether, as a message to the political system that voters will not just go with whatever options are presented. On the other hand, Ross permitted Christians the ability to choose to vote whomever they deem the ‘lesser evil.’

The final broadcasted speaker was famous GRAMMY award winning hip-hop artist, Lecrae, who spoke about the pushback he had received from fans and family when he became vocal about racial tensions after Ferguson, yet understood that differing experiences create differing perspectives.

The answer to racial prejudices, Lecrae said, must be righteous anger, which he defined as a constructive action.

“This must stop, and we must do something about it…It’s an anger that leads to healing, and hope and rebuilding,” said Lecrae.

The NU student speakers to take the stage were Bethany Williams and Jessica Carey – psychology juniors – and Kimani Patrick Nyambura, communication sophomore. All connected their life experiences with a powerful lesson and challenge to the audience.

Williams challenged listeners to “engage the gray” by engaging with opposing viewpoints. Both parties benefit when we are able to find common ground between issues we too often label as black and white, us and them.

“I may not agree with the life choices, viewpoints, or opinions of others,” said Williams, “But if I don’t consider the view of my fellow man… how can I hope to foster understanding…how I can I earn their respect?”

In Carey’s speech titled “Conversations We’re Not Having,” she stated it is the right of the privileged—in the midst of prejudice—to let the “systematically voiceless” be heard and equally respected. Recognizing the difference prejudices can make to the life opportunities of the marginalized, Christ calls believers to a response of justice.

“For those who have privileges, it’s not a matter of shaming those who do. It’s a matter of asking, what are you going to do with it?” Carey said.

Like Williams and Carey, Nyambura integrated his life experiences into a challenge to the audience. Originally from Kenya, Nyambura explained his journey to NU was made possible through a series of ‘small acts’ of kindness and generosity, from his parents and generous donors.

“Let’s not be overwhelmed to the point of inaction by the immense need in the world. There always remains a small act that you can do to help,” said Nyambura.

These words rang true for every topic the Q Union speakers had addressed that night, an apt conclusion to a challenging event.