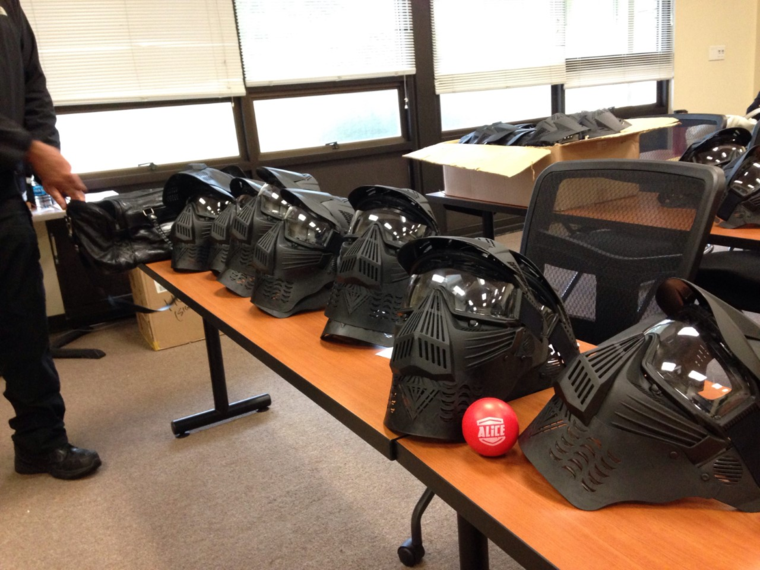 By Jon Ladd and Charlette Tapsoba 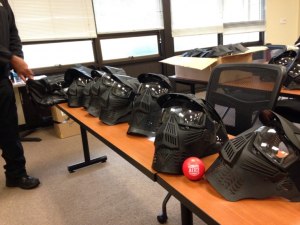 Editor’s Note: after this article was submitted The Talon was informed by Student Development that Security Director Robert Brown has been replaced by Mark Lewis. Lewis is a retired police officer from the Bellevue Police Department. The Talon will provide continuing updates on campus security as they develop.

Amid dangerous times and worries from students and their families, the faculty of Northwest University are taking strides towards a safer campus. Though it is a complicated issue, both logistically and financially, NU has already begun rolling out programs to make the university a safer place.

One of the first programs is ALICE training. ALICE is an acronym that stands for “Alert, Lockdown, Inform, Counter, and Evacuate.” The training is geared entirely toward active shooter situations and was given to approximately 120 staff members on October 20-21.

“We have an Emergency Crisis Management team here at the university and that team decided to move forward with ALICE rather than continue with lockdown procedure, which has been proven to be not-effective in active shooter situations” said John Jordan, the chief financial officer (CFO) of NU.

The specific difference between traditional lockdown procedures and the ALICE system is specifically in the “counter” section of the ALICE acronym. As well as locking down, ALICE teaches communities how to handle a situation in which the shooter is already in the room. Though slightly more nuanced, the foundation of the training is to have everyone in the room throw any nearby object they can at the shooter, and then to swarm him or her as a group. This is in hopes of overwhelming and subduing the shooter.

In addition to ALICE training is Elert, a program that works inside the ALICE app as a communication and alert system.

Another pressing concern is that there is only one security officer on the NU campus per shift, but Jordan argues that the ALICE program is a more effective use of university money than hiring another officer.

“You can always use more security officers, however we have to weigh that against the cost of providing that because any of those costs have to be borne by students,” Jordan said. “And if we had an extra security officer, and we had an incident, say, in the Argue building, we still wouldn’t have a system to communicate to everybody that we can also receive communication back. Having another security officer is not going to help you with that.”

“There’s obviously a number of different situations we can play out in our head, and it would be easy to say ‘one officer didn’t cut it in this situation,’ but we have a great working relationship with the Kirkland PD and because of that we have the opportunity to have adequate coverage on campus with a single officer,” Engstrom said. “That’s not to say this is absolutely the right way to do things, but we continue to look at that. If ever we feel this system is not serving our students adequately we will make a change.”

Concerns about security are not limited solely to active shooter scenarios, however. The responsibilities of campus security include crimes of a wide variety, not all of them as grave as shootings. Though Elert can be used to report other crimes as well, there is still only one security officer on campus at a time and there are no public plans to address this issue.

Many students remain uneasy, including Allen Sawyze, a junior and ministry major .

“They have that new car that looks more official, but only compared to not having any security at all do I feel safer. In terms of security I’m not very satisfied,” Swayze said.

In terms of active shooter situations, students like Swayze don’t seem to put much hope in security in the first place.

That would limit the responsibilities of security mostly to student assistance and patrolling, and in regards to assistance some students have had less than exemplary encounters with security. Josiah Sherman, an NU senior, had many such encounters while enrolled in a Creatio class.

“The time we would record in the studio could be pretty late, we would sometimes schedule sessions from midnight to two o’clock in the morning,” Sherman said.

“So obviously the Barton building was locked up and we would have to have security come and help out and every single time we would have to wait 20 or 30 minutes for the security guard to get up there. It would just be us standing outside Barton at midnight waiting for them to show up,” Sherman said. “At midnight I don’t know what those guards were doing, but I know it only takes maybe five minutes to get from one end of campus to the other.”

For now, the issue of the total number of guards goes unaddressed. But many other, often more serious issues were discussed at the at community discussion on security held in HSC 104 last week.

The discussion was hosted by prominent figures in the Kirkland community and, though addressing the city of Kirkland rather than specifically NU, much of it was still pertinent to the university and the discussion on its safety. It also largely affirmed the claims of Jordan and Engstrom.

Eric Olsen, retired chief of Kirkland Police, spoke at the discussion on his, and the department’s relationship with NU. Olsen told a story of how his daughter attended NU a few years ago while he was still chief and how it reinforced the protectiveness the department has over the school.

These leaders were also very assuring as to the safety of the city itself. Capt. Hamilton of the Kirkland Police Department spoke about not only the city’s safety, but also it’s unusually healthy relationship with the police department.

“Random acts of violence like mugging never happen in Kirkland,” Hamilton said. “They are incredibly rare. And I’ve worked in places where it’s us versus them, the PD against the people and this isn’t like that. People wave to us on the street. Some cities have to fight for a relationship like that.”

For any comments or concerns on security at NU please contact Rick Engstrom at rick.engstrom@northwestu.edu Contact lead reporter Jon Ladd at jonathan.ladd15@northwestu.edu