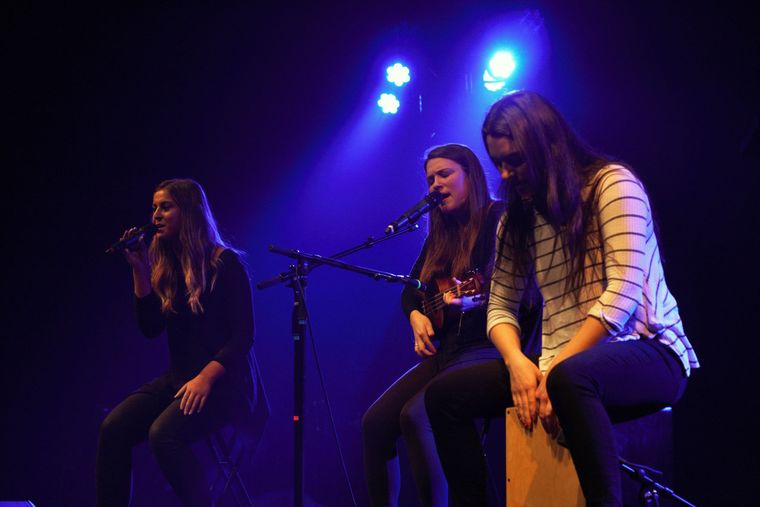 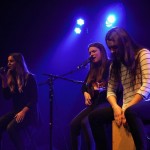 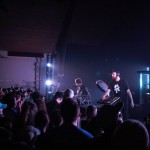 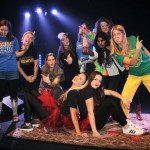 Junior Michelle Limmani opened the show with an original worship song, “Follow.” This song carried the message of her willingness to go wherever God calls her. Limmani’s powerful, soulful voice and melodious keyboard playing brought the night to an emotionally charged start.

Another highlight of the night was a peppy tap dance performance by freshman Emily Schlepp. She danced to a jazz cover of Taylor Swift’s “Bad Blood.”

Other acts included junior Amber Suguitan performing two Tahitian dances, and a duet by Noel Young and Niko Johnson of Elvis Presley’s “Can’t Help Falling in Love.” The duo put a new spin on an old favorite with both their jokes and their riffs.

Junior Leanna Crawford sang a worship song she wrote entitled “Write About It.” She was accompanied by her sister junior Lyndsay Crawford and her friend, senior Lyubov Bernik.

Performing in the talent show is a longstanding tradition for the women RAs at Northwest University. This year, the RAs went by the stage name “Freaky Fresh” and their act was titled “The Life of an NU Freshman Girl.”

The act was a comedic sketch about freshman struggles accompanied by a medley of songs and dances. The act began with “freshman” Lyndsay Crawford discovering she was accepted to NU accompanied by Beyonce’s “Run the World (Girls).”The sketch followed Crawford through her first year at college, from getting lost trying to find all her classes on the first day (“Lost” by Gorilla Zoe) to an identity crisis as a result of taking the MBTI (“Reflection” from Mulan) to feeling more connected with her dorm floor (“We are Family” by Sister Sledge) to spotting her possible future husband. At this point in the act, Perks 300 RA Nathan Abbott made an appearance, and Carly Rae Jepsen’s “Call Me Maybe” blasted through the speakers. The act ended with Crawford finally making it to summer break as the RAs ran off the stage and through the crowd to High School Musical 2’s “What Time Is It?”

After this performance, Henry commented on how embarrassingly accurate and relatable this depiction of life as a freshman girl at NU was.

The night came to an exhilarating end with sophomore Alex Grachek on drums and DJ Color Coded (sophomore Landon Fleury) sampling a TEDx Talk, rap songs, and dance music. DJ Color Coded invited all the audience members up to the front for a stage-side experience of the music.

The talent show proved to be a very successful event, with multiple standing ovations.

RAs Lyndsay Crawford, Lysikova, and Murray worked together to choreograph the dances. In the week leading up to the show, the women practiced their act from 10 p.m. to 1 a.m. All this hard work paid off, and the RAs were overjoyed to hear of their win.

“This is the best thing that’s ever happened to me,” said Yelas.

The RAs hoped their performance was an inspiration to students.

“We wanted to make our residents proud and represent the girls,” Lysikova said.

The RAs also described how their talent show experiences brought them closer together.

“It was really a bonding experience for us all to have late night practices and I feel more connected to all the RAs as girls and as a team. We had lots of fun,” said Lysikova.