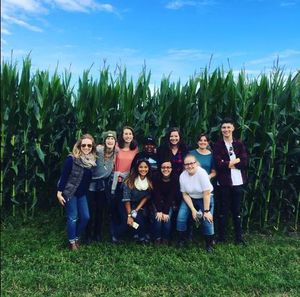 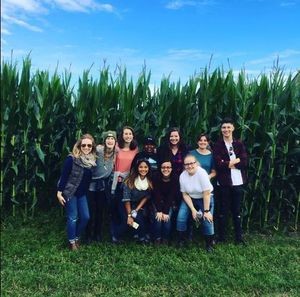 Northwest University’s Student Government (NUSG) recently held the final round of heated Senate elections. Students campaigned for their favored Senate positions, while drumming up the support of prospective student voters. However, due to unforeseen vacancies, the election process took longer than anticipated. Several NUSG Senate openings remained uncontested through the first round of elections that were held on September 15.

While four Senate positions remained uncontested throughout a majority of the elections, others saw many candidates campaigning for them. After the general election, NUSG conducted a second round of run-off elections to accommodate the high number of candidates running for the GPC and Freshman class Senate positions.

Samantha Quigley, NUSG Vice-President said, “There were a total of 18 students who applied to fill the six positions besides the four [uncontested]. 15 went on to debates.”

While NUSG made the decision to combine the Guy/Perks/Crowder and Gray/Beatty Senate positions to bring more balance to student representation, Quigley anticipated higher competition than previous years for positions like GPC and GB Senator.

While the run-off elections were taking place, still no eligible candidates had applied for the four uncontested seats.

In accordance with the NUSG Constitution, Article III, Section III,  it outlines what happens in the event of a vacancy: “NUSG shall communicate the availability of the position to all Associated Student Body members.”

With the run-off election complete, bringing in newly elected GPC and Freshman Senators, Andrew Black and Julie Waruguru, students finally began submitting their applications for one of the four vacant Senate positions.

Newly elected Senior Senator, Samantha Brady, said, “This was a weird election, because no one applied the first time around.”

Brady submitted her application with the support of Elizabeth Canfield, Gray/Beatty Senator. After the promotion of NUSG President Sami Price and Vice President Samantha Quigley, submissions for student senate applications started to come in.

“We had four sophomores, one junior, and three seniors apply,” said Quigley.

A secret ballot was conducted in accordance with NUSG Constitution. The sophomore ballot went on to another run-off secret ballot, since it had more applicants, according to Quigley.

“Five Senators and our NUSG “core” team were who voted in the secret ballots,” Quigley said.

The NUSG “core team” consisted of the Director of Activities, Director of Marketing and Communications, NUSG President, Vice President, and Vice President of Finance. As a result of the secret ballot, the Sophomore, Junior, and Senior Senate positons are now filled by Emily Perron, Elizabeth Buller, and Samantha Brady, respectively.

“At least two students were interested, but didn’t meet one or more requirements,” said Quigley.

When asked if it is fair to say that students living in the Firs and Student Apartments do not have any Senate representation, Quigley confirmed.

Below is a list of all current NUSG Senators: