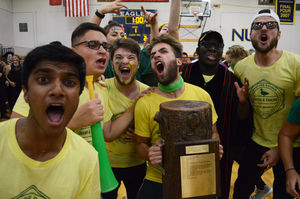 By Sarah Ulrich and Matthew Stubson 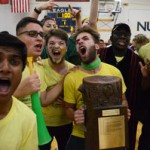 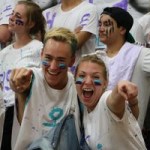 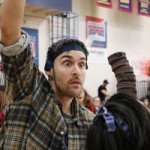 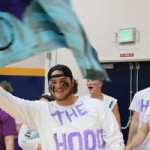 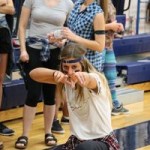 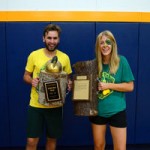 Screaming Eagles Week 2016 has come and gone. The Stump was awarded to the Ducks and Chicks after a multi-year hiatus.

Monday night was the inaugural SEW event, dodgeball. Every year SEW starts with a high intensity game that grabs everyone’s attention. Each year every floor comes with not only the goal of winning it all, but with the goal of beating heralded dodgeball champions, FOA.

After the FOA winning their first three games, FOA struggled against the Hive. After taking them to a sudden death round, Hive won their first of two games against FOA, who was ready to reassert their dominance. They conquered the second game, finishing with a majority of their team left on the court.

Late Tuesday night students congregated at the Green, ready for a game of Cops and Robbers with dark clothing and face paint. The game was a new addition to this year’s SEW.

NUSG hoped to switch things up, adding new elements, according to Leifer, director of community life. Her team adapted new rules, providing a way for seven teams to participate instead of the traditional two. Each team had 10 players active at a time, and were given an hour to attempt sneaking glow sticks past “cops” on other teams from the Green to the soccer field by Barton where labeled team buckets were waiting.

“It was insanely tiring, but so much fun!” said Jessica Buys, senior on the FOA team.

Josh Deshazer, senior, was a cop for the Ducks agreed the game was tiring, but a lot of fun.

Leifer said they would adapt it for next time, but felt the fun night was a success that many people had a chance to be a part of.

The end results showed Ducks and Chicks taking first place, with the Pride, the Hood, and the Zoo taking second, third, and fourth respectively. Wolfpack took fifth, FOA sixth, and the Hive came in last for seventh.

Wednesday was a different kind of event for the NU Community. Due to scheduling conflicts, NUSG could not schedule anything on campus, so they decided to think outside of the box. Wednesday’s event was bigger and better, in which floors would start with a paper clip and trade it with random strangers repeatedly in hopes of gaining the biggest or best item to bring back to NU. Nobody knew how this event would go, but it turned out to be interesting. Four different floors came back with pianos, while the Zoo won it all by bringing back a bouncy house.

Thursday was the popular video contest, in which each floor created unique music videos. Many speculated the Ducks and Chicks and the Hive to do well in this contest because of talented videographers on their respective floors. The video most people believed should have won was FOA’s. While their remakes of Glamourous by Fergie and Thrift Shop by Macklemore were very creative and witty, their final song captured the heart of NU. It was a remake of Aladdin’s a ‘Whole New World’, which was remade to ‘My NU Girl’, starring NU senior, Nick Greenlee. Ducks and Chicks were one of the many floors to have a Harambe themed video, making it very enjoyable and fun to watch. Having great video quality and sound quality, as well as creative song ideas, both of these floors were favorites to win the contest, but neither won. The Hood took the win for the music video with the most creative lyrics and the most participation.

Friday’s events held the SEW Olympics, an event in which NUSG usually has a variety of different events for the floors to participate in. This year included musical squares, as well as several other new games. While it was a fun and intense event, some students wished that they had much more engaging games. In years past, they have done a game called “Naval Warfare” in which the girls from each floor trying to rip bandages off the belly buttons of guys from the opposing floors. While it was a fun event, there was too much bloodshed for NUSG’s liking. This year was much more tame and controlled and left people with a sense of comradery.

The Ducks and Chicks finally took back the stump after many years of failure. This year, RAs Josh Deshazer and Aleena Lysikova hope that they have returned glory to the prestigious floor of Gray Beatty. Nevertheless, while living up to the hype and stress that everyone thought they would endure, it was still a successful SEW.

Why Ferguson Matters: An Urgent Call to Action