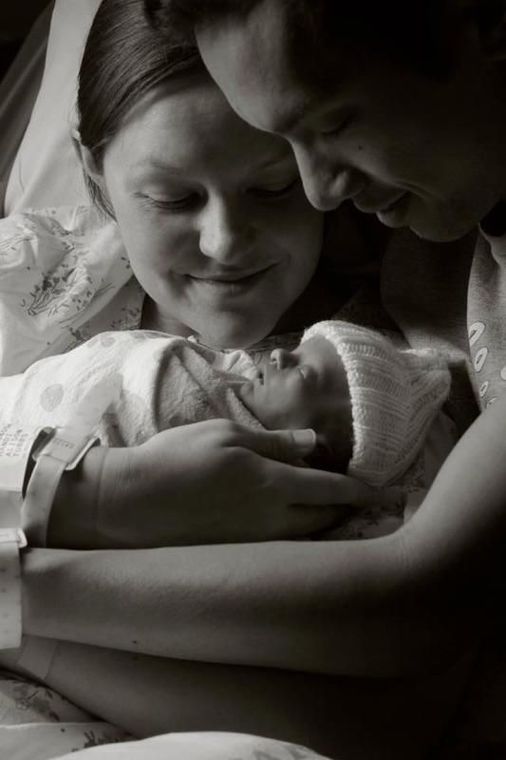 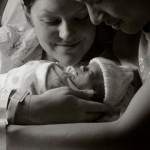 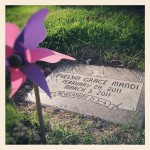 Evelyn’s presence is evident as soon as you walk into the Mandi household. It is seen in the pictures hanging over their red leather couch in the living room. It is in a book placed under the coffee table that commemorates her life in words and pictures. But more importantly, it is seen in the altered lives of everyone who met her in the three miraculous days of her life.

Alison and Mark Mandi are cross country and track and field coaches at Northwest University. In 2010, Alison became pregnant with Evelyn. At 18 weeks into the pregnancy, a blood test revealed that something was wrong. The baby wasn’t moving.

The Mandis were told that their child most likely had Trisomy 18, a chromosome condition where the individual has three sets of the 18th chromosome, instead of the usual two. Many children with this condition don’t live to birth, and those who do don’t live more than a few days.

The video tells the story of Eliot Mooney; he had Trisomy 18 and lived for 99 days. His parents celebrated every day as if it was his birthday, and at his funeral 99 balloons were released to celebrate his life.

“I felt like if I could have a day like that, it would be worth it to carry this child and to be able to celebrate life like that, and that really did inspire me,” said Alison, “I started praying that we would get to get to meet our child.” Four weeks later an ultrasound told them they were having a girl.

At 35 weeks, Evelyn’s growth had almost stopped. The Mandis continued to pray that they would see their baby alive.

Evelyn was immediately put into intensive care, and tests showed she had Triploidy, or three sets of all the chromosomes. This condition is even rarer than Trisomy 18 and most children with this condition don’t make it to birth.

Evelyn passed away three days later after having lived a life full of compassion, love, and prayers.

“God really showed up… I had a lot of fears about what was going to happen, none of those things happened… we got to see her alive and not only that but she lived for three days,” said Alison.  “She was really loved her whole live and she never appeared to be in pain, that was a huge answered prayer.”

“One of the coolest things was when we prayed for her… we prayed that her life would be a glory to God and that he would show up and be honored and that things would go well, and as soon as we finished that prayer she had passed away… who gets to be prayed into heaven?” said Mark.

“We had hoped and prayed for time to spend with Evelyn, however long or short, and now that prayer was being answered before our eyes. We got to see the faces she made, touch her soft skin, smell her sweet baby scent, and hear her little squeaky noises… Being a mom to Evelyn was more wonderful than I ever expected,” Alison said in the book she and Mark created about Evelyn’s life, “69 Hours, 69 Chromosomes: The Story of Evelyn Grace Mandi”.

Many of the pictures in the book came from a company called “Now I lay Me Down to Sleep”, a network of professional photographers who volunteer to take pictures of children with life-threatening conditions. Their own photographer, Vicki Zoller, answered her phone at 3:00 AM and arrived at the hospital at about 5:30 AM on the day that Evelyn was born.

Alison recalls how these pictures helped her in the months after Evelyn’s death. “I wanted to look at the photos all the time, because that’s where I was, I was thinking about her all the time.”

Among the many hospital visits Evelyn received, some were from members of the cross country and track teams. “Evelyn touched more people in three days than most people do in a lifetime,” said one of these teammates, Meagan Governor.

The Mandis have a two-year-old son Nathan and Alison is pregnant with another boy.

Alison looks over at her son, who is coloring and mumbling newly learned words to himself. She smiles, “Evelyn would have been a great older sister.”