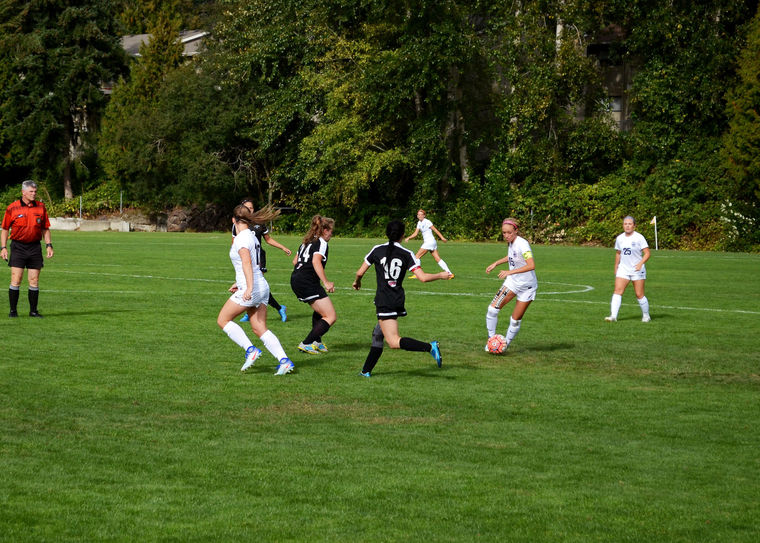 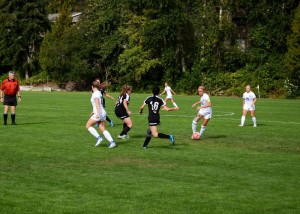 Each set was a battle to the end; however, Corban held on to win each of the three sets due to a stellar performance from Amber Parker, who tallied up a double-double with 14 kills and 10 digs. The Eagles were optimistic going into the matchup, but knew they had to put up a great performance in order to beat a fellow nationally ranked team.

When asked about their performance, head coach Steve Bain remained confident in his team’s ability to win games. “We knew going in to tonight’s match that Corban was a terrific team with very few weaknesses and tonight they were the better team in every phase of the game so all the credit goes to them,” he said.

“It’s still early, though and our group will bounce back. As I told the team after the match, win or lose, nothing changes.  You still have to get back in the gym, focus forward and continue to work hard so that the next time you take the court you will be better prepared,” said Bain.

Other teams to play this weekend were the mens’ and womens’ soccer teams who put forth mixed results.

The womens’ soccer team shutout fellow Cascade Collegiate Conference rival Evergreen State College after scoring two second-half goals to win the game 2-0. Bailey Travis and Tatyana Reveles both scored for the Eagles. Goalkeeper Lauren Hellum earned the shutout for the Eagles as a result of her five saves.

The mens’ soccer team faired much differently than the womens’ team, as they lost in overtime to Evergreen State College. While the Eagles were expected to earn the win prior to Saturday’s game, they seemed to struggle mightily throughout the game. Evergreen outshot the Eagles 30-14 and eventually scored just 2 minutes, 21 seconds into overtime. Evergreen’s Tino Pantaleon scored on a pass from teammate Miguel Viramontes. Viramontes led Evergreen with ten shots—three of them being on goal.

Following the Eagles’ loss, head coach Gary McIntosh said “We know we must be better at all aspects of the game and the focus now is on our next game and we will work this week to continue to improve on all areas of our play.”

Goalkeeper Daniel Christenson made 10 saves on Saturday while freshman Alex Ballard led the Eagles with three shots on goal.

For more information on schedules and results for NU Athletics go to www.nueagles.com.