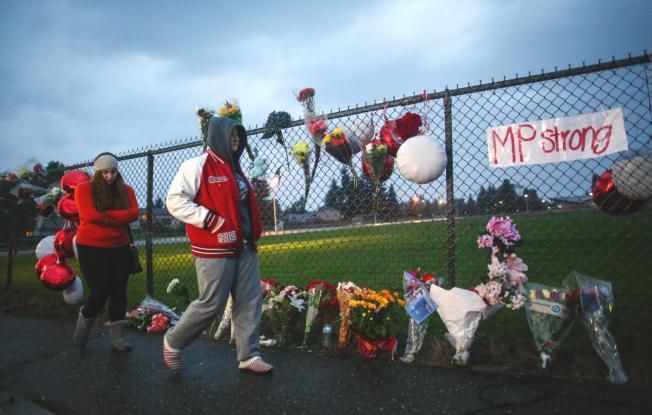 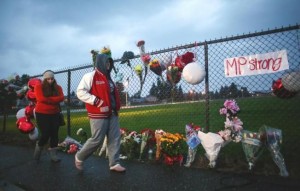 Last Friday’s deadly shooting at Marysville- Pilchuck High School left an entire community in shock, but opened the door for some Northwest University alumni to help survivors be comforted in their grief.

Nik Baumgart, a 2001 NU alum who serves as head pastor of Marysville’s Grove Church, has seen the community come together and become stronger since the October 24th cafeteria shootings.

Baumgart believes the unity of the community has been one of the positive things to come out of this tragedy that has left four students dead, including the shooter who took his own life.

“We have been sitting in meetings with the Red Cross, the mayor and the school board trying to figure out the best decisions to navigate this together, and it has been pretty amazing,” said Baumgart, also a Marysville-Pilchuck graduate.

Brett Ahlin, a senior at Northwest University and youth leader at Bethany Christian Assembly, has seen firsthand the tremendous support people have shown to Marysville-Pilchuck High School and to others affected by the events of last Friday.

“I have driven by [the high school] and I have seen a ton of support from other schools. Every high school in the area has done fliers and pictures to show their support, and Getchell High School has offered to come alongside MP to help them in any way they can,” said Ahlin.

Ahlin has been amazed by some of the responses he has witnessed at his church. Last Sunday he saw nine new students come into service that had never been to church before. They were deeply grieving and asked for prayer. It turned out these students were best friends with the shooter, a popular football player at the school.

“In times like this, [tragedy] unites people in wondering if maybe there is a God,” said Ahlin. “It’s bringing people into the church instead of pushing them away from it.”

News of the shooting broke about 10:45 AM last Friday. The shooter, Jaylen Fryberg, had apparently texted several of the victims to meet him at lunch in the cafeteria. When they were seated at the table, Fryberg opened fire.

Three of the victims have now died. Reports say Galasso was killed instantly and Soriano died in the hospital Sunday evening. Chuckulnaskit died the following Friday at an Everett hospital. All were 14. Andrew Fryberg, a cousin of the shooter, remains in critical condition. Hatch’s condition is satisfactory.

Grove Church hosted a candlelight vigil last Friday night for the community and more than 1,000 people were in attendance.

“People were searching and looking for a place to gather and the staff met and asked, ‘What is our response to this?’ We’ve said for years that we love our community and that we want to build bridges, but it would be empty if we say that but don’t do anything,” said Baumgart.

Baumgart’s church flew in counselors to be on hand for those grieving and has been keeping its doors open to anyone struggling through this tragedy. The church’s website shows they are open from 7:30 AM to 9:00 PM every day for those who need prayer, someone with whom to talk or just a safe place to come.

“For me, it is all about shining Christ’s love through compassion, through grace, through grief and mourning,” said Baumgart. “To feel what everyone else feels and to be right in the trenches with them.”

Ultimately the best thing the church can do, according to Ahlin and Baumgart, is be available and show the community that God always is for them.

Hit it and Quit it