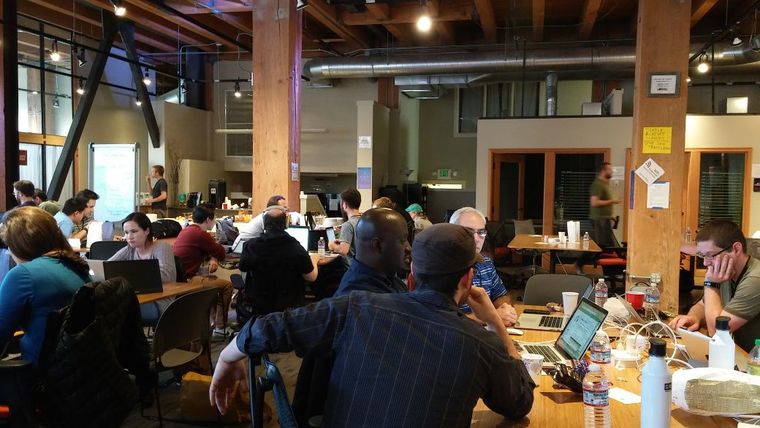 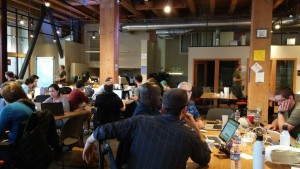 On October 3, Code for the Kingdom hosted a hackathon in Seattle, uniting some of the brightest Christian coders in the area to utilize technology to advance the mission of Christianity. Over the span of a weekend, the coders and computer programmers gathered to create new software. According to their mission statement, Code for the Kingdom strives toward “igniting the Christian passion and purpose of technologists and entrepreneurs to innovate culture shaping technologies that would reclaim our times for the Gospel.” Code for the Kingdom is unique because it was one of the first Christian hackathons. Concurrent with the Seattle hackathon, correlating events occurred worldwide.

When I arrived, the coders had already been working for a day and some had even stayed through the night. There were several projects being made, one of which was a new app for Android called Ceaseless. The concept behind Ceaseless is to cover the entire world in prayer and to use the app to connect people all around the world. There is already an iOS-compatible app and, thanks to the dedication of a few coders over the span of three days, an Android-compatible version will be available soon.

Before attending this event, I had not previously heard the term “hackathon” and I was interested to see what the event was and why the Christian perspective made it distinctive. The atmosphere was relaxed, yet buzzing with ideas. When I entered Impact Hub, I kept hearing the phrase, “This is such a new concept. It is the anti-stereotype.” All of the groups were working on projects that could directly help the church and aid in the expansion of Christianity.

With the absence of technology-based degrees at NU, it can be rare to hear of events in the surrounding area that target technology and the growing role of the Church in this field. Though it may not seem the most prevalent topic in the sphere of Christianity, it is nevertheless an influential topic in the world. As students, we must question and explore the relevant advancements that happen around us.

While talking with Yu-Ling, a graduate student studying the phenomena of technology in the church at the University of British Columbia, I gained insight into the apparent disconnect between the church and technology.  “Churches are having to play catchup with technology,” Yu-Ling said.

Over the past few decades, the church’s uneasy relationship with technology has influenced how Christians view the tech industry. Initially, many churches were loath to embrace technology for fear of it becoming an idol.

In the church, we are often told to use our gifts for Christ and encouraged that God can use everyone’s unique gifts and talents. While encouraging, this advice can be challenging for people who feel that their gifts are not typically useful in the church. There are rarely outlets for coders to use their gifts at church, which made Code for the Kingdom an exceptional opportunity for them to further the kingdom of God.

The coders that I talked to work at conglomerates such Amazon and Microsoft and they took the time off to work at the hackathon for a weekend. When I asked them why they would endure three long days of coding they responded with a core theme: “I am here because this is a place where my faith can connect with my talents.”

As Christians at NU, we should keep our eyes open to the growing area of technology in the advance of Christianity. Soon we will be the next generation of the church, and our approach to technology can shape how evangelism and outreach is done.