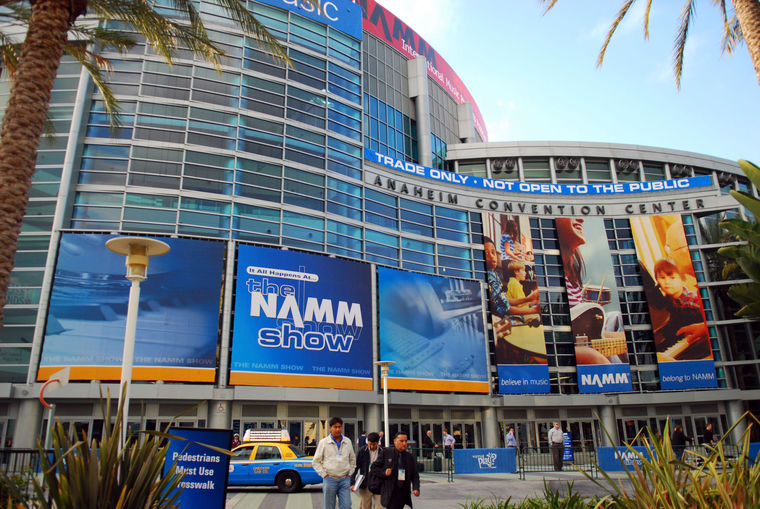 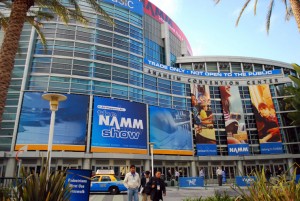 “It’s basically Disneyland for musicians.” That’s how NU junior Ulises Ponce described the trip to the annual convention for the National Association of Music Merchants (NAMM) in Anaheim, Calif.

NAMM is one of the largest music trade expos in the world, where anything and everything related to music and recording is gathered in one place. Major music companies come to show off their new products for 2015. Plus, musicians and producers from around the world come to try out all the new gear.

Fourteen NU students were able to attend the convention, as well as visit some of the most prestigious recording studios in the Los Angeles area. “The convention is on an invite only basis. We were able to get in because of Steve Smith,” says Ponce. According to students, NAMM is a great place to network, play music, hang out, and learn.

Their trip itinerary included stops at Capitol, EastWest, and Record Plant Studios. “They [the studios] have a lot of history to them. John Mayer was recording while we were there, along with Frank Ocean and Zedd. It was cool to be in the places where everyone you listen to has also been. We even got to see a microphone used to record Frank Sinatra,” said Alex Rosas, a senior. While walking through one of the hallways at Capitol, a group of students ran into Tyler, the Creator who was recording an upcoming album.

At the expo, students got to see the latest releases from some of the biggest names in music.  Rosas claimed that he “enjoyed seeing all the new gear, getting to talk with companies who make the products I use, and getting hands-on experience with gear that isn’t in stores yet.” Ponce, a drummer, was amazed by the amount of percussion they had on display —526 booths worth to be exact.

Among some of the biggest releases were the Prophet-6 keyboard from Dave Smith instruments, the new Kaossilator 2S from Korg, and the Launchpad Pro from Novation. Moog, an analog synth developer, also announced that they would start reissuing its modular synthesizers from the 70s —these are giant walls of knobs and wires that can fill up about half of your dorm room.

In the exhibit hall, crowds gathered around various booths in order to watch world-class musicians try out new products. Cory Henry, a keyboardist for the jazz group Snarky Puppy, drew quite an audience while showing off at the Moog booth.

Some students got to get up close and personal with their heroes. “I got to meet Tony Royster (drummer for Jay-Z), Cora Dunham (former drummer for Beyoncé), and Bernard Purdie, one of the world’s most recorded drummers,” said Ponce.

Rosas believes that NAMM is a great place for both musicians and those who are more interested in the business aspect of the music industry. “If I wanted to work for Fender (a famous guitar company), I could be one of the guys running the booth at NAMM. That’d be pretty sweet.”

When asked how he thought NU students benefited from going to NAMM, Ponce said, “I think that we all came back more motivated and inspired to follow our dreams and pursue our careers. We gained a lot of knowledge about the business and how it works and learned from the experience of those who have done it for years.”