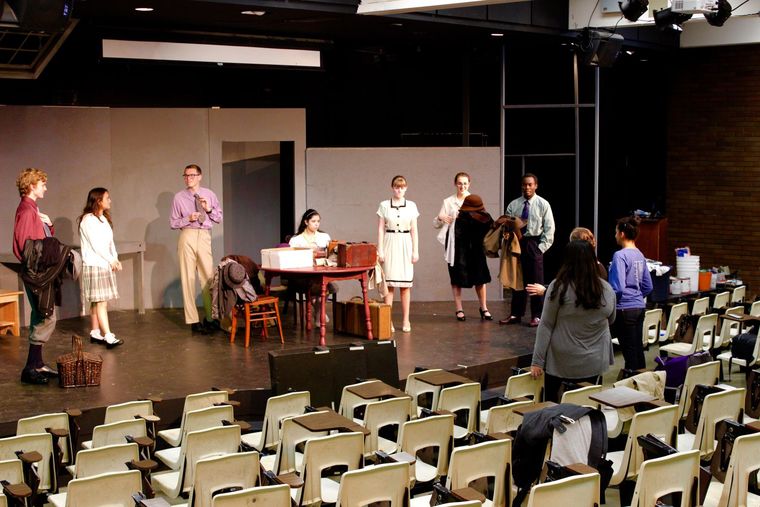 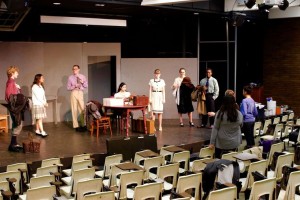 Almost 70 years after its original publication, “The Diary of Anne Frank” remains a prominent piece of Holocaust literature to this day. This fall, the Northwest University Drama Department tackles a unique challenge with the production of a theatrical adaptation of “The Diary of Anne Frank,” with a respect for characters that truly lived and events that actually happened.

“This is a very tragic story, and this is something that actually happened. I have to do an actual person justice, he actually lived,” said Stephen Waggoner, who has the role of Mr. Frank. “This is not a showcase of ‘Look at NU Drama’ but a showcase of someone’s story, and we’re not making light of that in any way. We’re taking it very seriously.”

Written in Dutch by a Jewish girl named Anne Frank during the Nazi occupation of the Netherlands, Anne’s diary tells a story about the living conditions of two Jewish families during their two-year stay in hiding in the upstairs room of her father’s shop. At the beginning of the play, the frightened families enter the space they will be living in for the unforeseeable future. The desperation of their situation is palpable as they learn to make themselves unnoticeable to the world around them, remaining absolutely silent during daylight hours without the ability to even use the bathroom for fear that the sound of water in the pipes would be heard. Mr. Frank is the emotional pillar of this small community, but even his voice sounds downtrodden when he explains to his two daughters that, “This is the way we must live.”

In the midst of this despair is 13-year-old Anne Frank, a spark of life in such a dark place. Flitting around the stage, laughing, smiling, Anne’s energy and enthusiasm is a pleasure to watch on stage. Her spunky attitude is exemplified by her interactions with the son of the other family, Peter van Daan, who teasingly calls Anne “Mrs. Quack Quack.” Despite their circumstances, Anne still finds beauty in the world. She marvels at the tiny sliver of a river she can see out the window and the square of sky they can see through the skylight.

But Anne is not unaffected by her situation.

Abbey Lawrence, who is cast as Anne, has a scene in the play where Anne awakes from a nightmare of being taken away by the Nazis.

“I’m a terrible coward,” says Anne between sobs, “I think I conquered my fear, but then I cry like a baby…What’s the matter with me?”

As the story of these tragic events gradually becomes buried in history, those involved defend the work’s relevance of the play to a modern audience.

“I think it’s a reality check,” said Lawrence, “We get so caught up in America in our comfort bubble. This story takes us out of ourselves and it makes us realize we’re in a much bigger story than we think we are.”

Chrystal Helmcke, director of the production, said the play is even more significant to modern audiences because it honors the desires of the girl who wrote the diary on which the play is based.

Although a true and tragic story, Helmcke believes that performing and watching the play honors the wish of Anne’s spirit expressed in her diary: “I want to go on living after my death.”

The NU Drama Department’s production of “The Diary of Anne Frank” will be performed in the Millard Hall Theatre on November 4, 5, 11, and 12 at 7:30pm.

Tickets can be purchased at http://nudrama.brownpapertickets.com/. Child, student, and senior (with ID) tickets are $6. General admission tickets are $9.