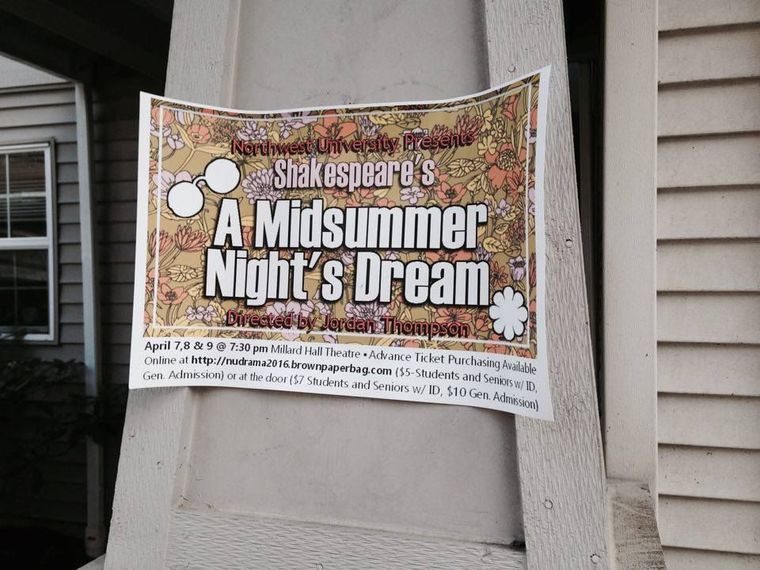 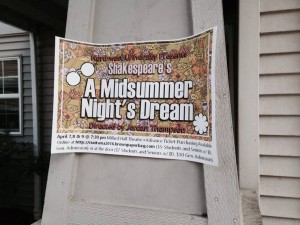 On Thursday, Friday and Saturday Northwest University will present Shakespeare’s “A Midsummer Night’s Dream,” the first student directed play at NU in nearly eight years. Jordan Thompson, a senior NU student, approached Professor Chrystal Helmcke with the vison of directing this play. Helmcke said, “As a fan of Shakespeare – both his literary and theatrical genius – I’m always interested in putting his work on stage.”

As the drama department grows, Helmcke said she hopes to see more plays directed by senior students which she said, “can be a powerful and profoundly formative perspective for any theatre artist.”

Thompson has been heavily involved with the drama department for years and has made it the focus of her studies since her freshman year of high school. She was involved in over 30 shows in high school and started at NU with a focus in drama.

While Thompson said she feels ready for the play, she noted the challenges that come along with such a large commitment. “Editing the script took a long time,” said Thompson. “Shakespeare is wonderful but can be long-winded at times, and getting people interested was difficult because we don’t have a strong interest for drama here.” Despite the challenges, Thompson said she is pleased to see students stepping up from a variety of majors and grade levels.

The play will be set in 1960s and will have a fun take on a classic story. According to Thompson, “it’s full of cat fights, fairy dust, and drama. It fits in perfectly with the “ring by spring” culture here.”  Students are encouraged to attend the play with friends and family.

Helmcke described the play as, “one of Shakespeare’s most charming comedies. It artfully interweaves four separate plots, introduces a few of Shakespeare’s sassiest characters, and light-heartedly uses magic and “fairy dust” to both create the chaos as well as make all well once again at the end.”

You can see the performance of “A Midsummer Night’s Dream” on April 7th, 8th, and 9th at 7:30 PM in Millard Theater. Students are reminded to bring their student ID for discounted tickets. Online tickets can be purchased at the following link: http://nudrama2016.brownpapertickets.com