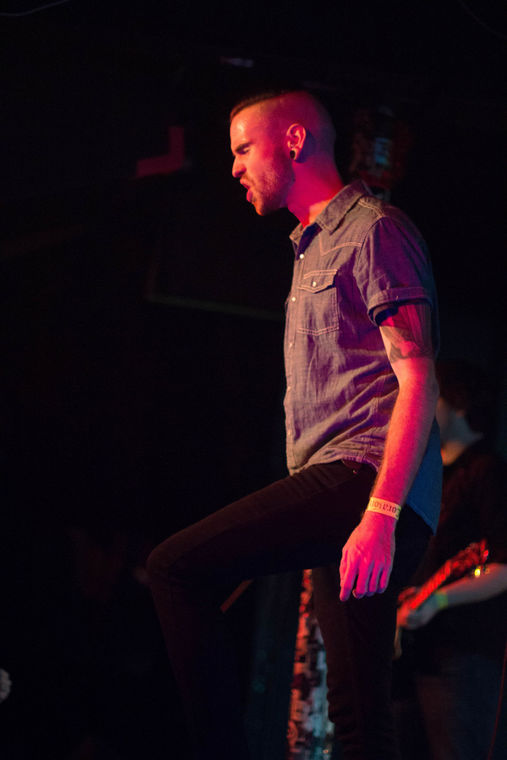 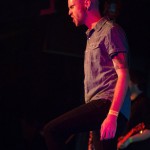 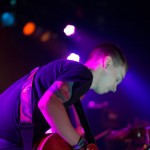 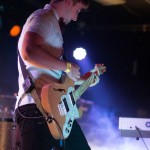 October 27th. It was a dark and rainy night. Seven rock bands gathered together inside the Seattle venue, El Corazon, each band featuring at least one Northwest University student. The street lights reflected off the worn building’s blue exterior. Two bearded men stood at the entrance to the dimly lit interior, taking tickets from eager students at the door. Inside, the place was grunge.

The bathrooms had no doors and all was black, except for the thousands of stickers plastered all over the ceiling, posts, and walls. A dilapidated couch sat in the back corner, probably covered with disease. But, it all added to the experience.

The first two bands, Emerald Skyline and Lake Hood, each sang two covers. They were made up of students in NU’s rock band class. The class requires them to perform live, so this concert was a perfect opportunity. Although they weren’t as experienced as some of the other bands, they had many fans and greatly impressed.

Next, the Michael G. Monroe band played a few songs. Most of theirs were love songs. After them came Adventures in Wonderland, featuring lead guitarist and NU student Alex Rosas. The lead singer had an Australian accent (which the ladies probably loved) and a clear voice, but his crazy blonde hair kept falling in his eyes. Then again, maybe that’s the key to being a great rock star.

Next band up was a highlight for many – The Exchange – led by Britt Espinosa, a current student at NU. The exchange writes songs based on Christ’s love and faith, and during the concert Britt shared anecdotal stories before each song, as well as talked about God. His guitar swinging was pretty cool, too.

After The Exchange, the New Tribe took the stage, formerly known as The Union Street Orchestra and led by the famed Peter McMurray. They won the audience by playing a rendition of “I See Fire” from The Hobbit movie. The crowd swooned.

And last but definitely not least was the featured band, Alive and Well! By the time they took stage it was about 11pm and many people had left, but the band was worth the wait. They switched up the sound with their screamo style, led by Jonathan Foster. A group of boys near the front really got into it, pushing and shoving, though there weren’t enough people to have a real mosh pit.

Jonathan Foster headed up the whole event, and more than a hundred people attended. Also, kudos to Josh Wiedenmeyer, the drummer for New Tribe and Alive and Well, who played the show even with a broken toe.