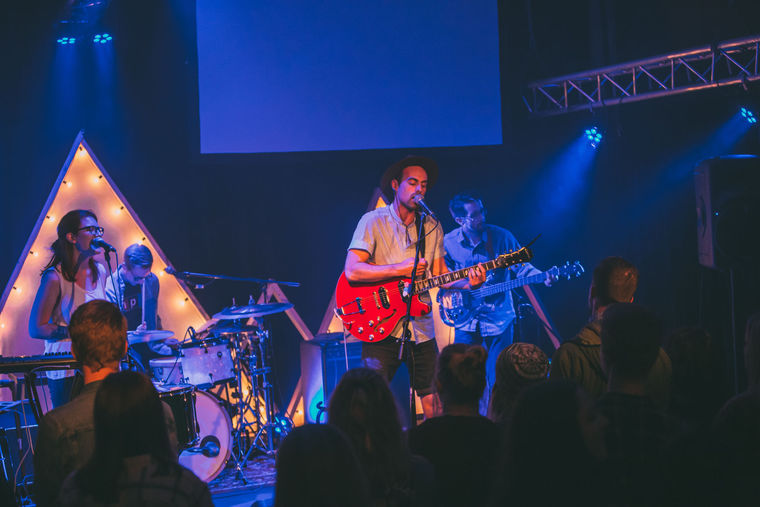 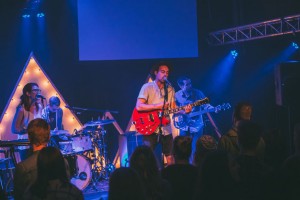 Trevor Tunes is a regular Talon series by columnist Trevor Wood that highlights musicians at Northwest University, with the intent of sharing the stories behind their songs, inspirations, and musical journeys.

When I started tracking down musicians on campus for “Trevor Tunes,” one of the first suggestions given to me was the band Austin Eley and the Homeschoolers. Intrigued by the name alone, I got in contact with two of the band’s members, Austin Eley Wade and Arika Wilbanks, to get to the bottom of my burning question…Was everybody in the band homeschooled?

“I was homeschooled,” Austin said with a smile, “there were more people in the band that were homeschooled when we started than there are now.”

“I was not,” Arika chimed in, “if I really need an excuse of being homeschooled, I never went to preschool!”

My deep curiosity was sated, so I moved my questioning in a musical direction. Arika is a junior from Seattle studying the music industry, while Austin is a senior from south Alabama studying recording arts. Although Austin came to Northwest University with the intent to study music, Arika did not.

“I actually came in with the idea of studying biology,” Arika admitted, “I wanted to be a veterinarian my whole life…I was in the biology program for a week.” They both laughed, knowing what it was like to think you’re called to one thing, only to find you’re not cut out for it. “I felt no peace in it, and I knew that it was God. I still love animals. I want to adopt all the animals!”

When describing the band makeup, Austin said the Homeschoolers were always designed to be more of a gathering of friends than a gathering of musicians.

“From my other experiences with bands, the relational aspect of the band was where a lot of the weakness was, so I decided with this next project that the relationships were going to be a huge part of it,” said Austin. “So, I started to think about who I would like to spend time with and less play music with.” He then listed the Homeschoolers’ roster: Jeremy Kelderman on drums, Juan Hernandez on guitar, Arika Wilbanks with vocals, and Ian Mcleod on bass. “They are really, really excellent people, excellent personalities, people who are good at loving.”

Being in a band doesn’t always mean just having a good time with your friends, though. When asked about what the hardest part of being a musician was, Austin and Arika had the same answer—accepting criticism.

“When you put out a song, you basically say, ‘general public, here is my precious, adorable, great, fantastic baby,’” Austin explained with the love of a parent for their child, “and they can do whatever the heck they want with it! They can bash it, they can set it on fire, burn it, they can share it with all their friends. That’s a really scary thing!”

Arika agreed saying, “Yeah, learning that this ultimately is what’s going to make you grow as a musician and getting over yourself, like ‘This might be really dumb, but this is my idea,’ because it could go somewhere! You don’t write a masterpiece, you write something, and that slowly will transform. I don’t think any of our greatest songs or albums were pulled out of somebody’s pocket ready to go right away. Learning the reality of that, going through that process is so hard, but that’s what you have to do to be a great musician.”

The band intends to release a music video soon for their EP “Mud Mountain,” which is slated for release in early 2017. They will also be releasing a special acoustic music video featuring their new song “Transition” in late December 2016.

If you would like to hear Austin Eley and the Homeschooler’s music you can find them on Spotify, iTunes, and Pandora. To stay up to date on what the band is doing, check out their website aewandthehomeschoolers.com!

Upcoming Christian Concerts in the PNW