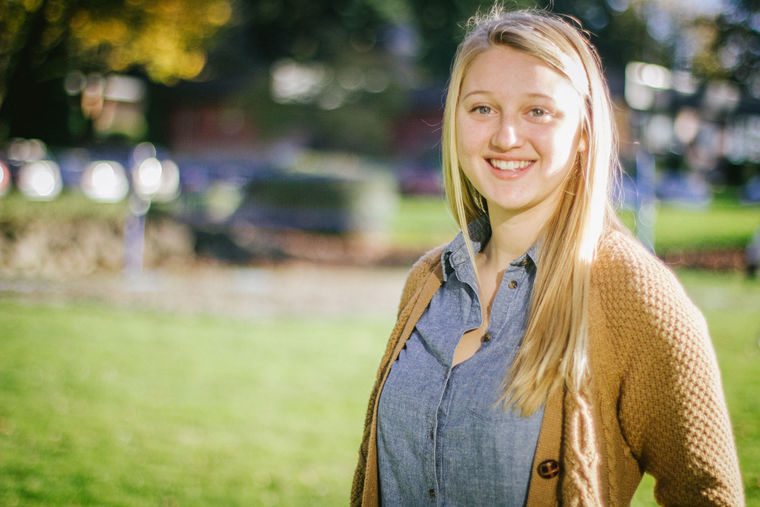 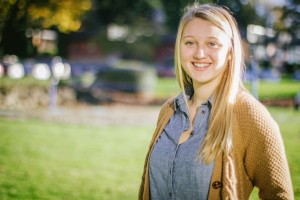 The sound of the Perks piano played incessantly in the background. “I love piano music. It’s funny, because that’s one of the songs we did in middle school worship today,” the girl said as she proceeded to laughingly hum along with the music.

She lives on Crowder 500, is a nanny, attends classes, has a job, and is active in her church, although her student ID card was not issued by Northwest University. Kirsten Hanson is one of the many City Church interns currently living side-by-side with NU students.

The fact that she would be living at NU came as a surprise. “I had my phone interview in mid-August, and that’s when I found out about the deal with Northwest,” said Hanson. The Plateau campus in Issaquah, which had previously provided housing and classrooms for the intern program, had been sold earlier that summer.

Some NU students didn’t appreciate interns’ presence on campus, especially after the uproar over Perks 100 earlier this semester. Hanson remembers seeing a meme from the film, Mean Girls, targeting the fact that the interns aren’t traditional students.

“Honestly, I think that [the meme] is hilarious,” said Hanson. “But I guess some other interns were a little upset. That’s when it first occurred to me that, ‘Oh, maybe they don’t like us being here.’”

Natalie Christopher, the RA of Crowder 500, views the interns no differently than NU students. “How they spend their time during the day doesn’t really matter to me, it’s the fact that when they’re on the hall they feel loved and cared about. That’s the bottom line. I believe that God placed them on my floor for a reason, and He placed me there too.”

Mondays, Wednesdays, and Thursdays, the interns go over to the City Church Kirkland Campus for prayer and worship in the morning. They then attend three classes, which are Doctrine, Old Testament, and Leadership this semester.

After lunch, the interns split into their “tracks,” or specialized areas of ministry training. “In City Kids, we plan a lot of skits and games, and get ready for the coming Sunday,” said Hanson, whose specializations are in Children’s Ministry and Worship.

The focus of the week is on Sunday. Hanson attends the Kirkland campus, where she is present for the 9:30am, 11:30am, and 4pm services. Along with serving in City Kids for two of the three services, Hanson also leads middle school worship twice a month.

As Hanson sat in her floor’s lounge, NU students would walk by and say hi. “See? So nice. I’m telling you, Crowder 500 is the place to be,” she said.