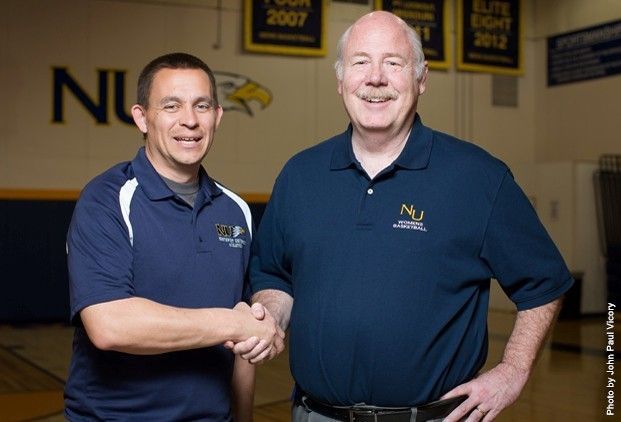 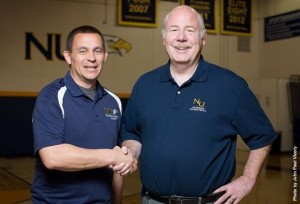 Coach Crawford is in his 2nd season as NU women’s basketball coach, and in his first year he took the same players from a two win season to an 18 win season. As well Ken teachers PE classes here at NU.

After “retiring” 10 years ago (for 2 weeks) coach Crawford fulfilled his dream of coaching women’s basketball at a small Christian college by accepting a head coaching position at Biola University.  After 6 years at Biola, he retired with the second most wins as the in Women’s Basketball history, with team ranked #9 in the NAIA.

Coach Crawford has had a successful coaching career everywhere he has gone.  When asked how he defines success, he answered “improving a program to another level”.  According to NU captain Jordan Asher “You’re a coach all the time. You as a person you’re a coach.”

Ken stated that “he walked into a great situation at NU, with great assistant coaches already in place”.  Building on a great staff, Ken’s vision for Northwest University was to change Women’s Basked as a whole by implementing his strategies to success:

1. Create Expectations of a successful program.

2. Do what you can to meet the expectations.

Ken’s coaching philosophy is to make sure he doesn’t change. He stays true to his beliefs and his way and his players respect that. He stated “when the best leaders job is done he says look what we did.” This shows Ken’s character and his dedication to his team. His philosophy shows that with team camaraderie we can achieve anything we put our minds to. Ken added “We want to spoil you, but its comes with a price and that price is out there on the court, and representing yourself in the school and representing yourself in the community.”

Northwest University is spoiled to get such a great Man with high character and a will to grow the Women’s basketball program. Ken is described by a friend as a “smoke jumper”, someone who comes in finds the fire calms it down get its going on the right track and hands it off to someone else to put there stamp on it. Ken has the team moving in the direction he has envisioned. Hopefully we get blessed with Ken’s presence knowledge of life and wisdom for years to come before he endeavors into new adventures!