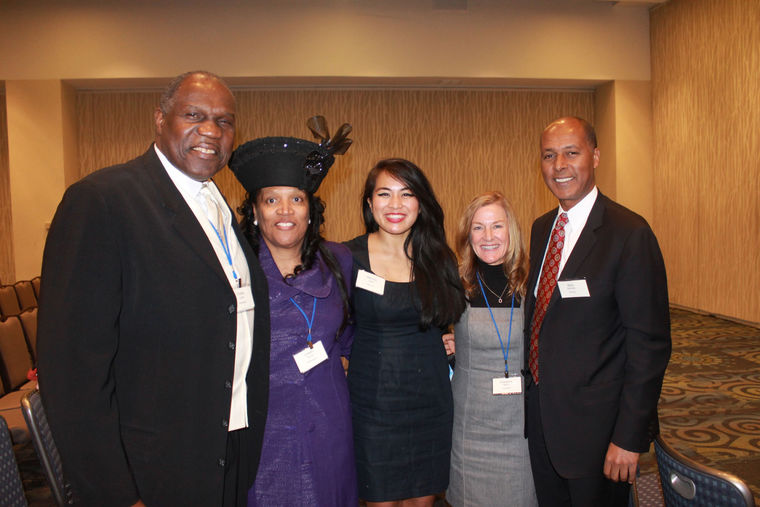 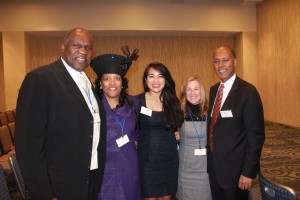 “MarMar was born for the public eye,” said President Joseph Castleberry, who also attended the National Prayer Breakfast for the first time this year. “She was born for the spotlight, and boy when she gets a chance to shine she just turns on the full wattage.”

Castro was nominated to attend this event based on her leadership role within the Washington State Leadership Forum (WSL) and was one of three student leaders selected to represent Washington State at the event.

“It was such a safe place for people to express their faith,” Castro said. “Whether they were Muslim, whether they were agnostic, whether they had no faith…It was really encouraging to share in fellowship where we could pray together and reach across borders.”

Despite this being a national event, the three thousand attendees represented more than 130 nations -including world leaders such as the Dalai Lama and Abdullah II – the King of Jordan. According to the pamphlet given to each attendee, this event was started in 1935 when 19 Seattle business executives “met together to face a critical situation in the life of their city.” The multi-faith national gathering was inspired by the John 21 account of Jesus sitting down for breakfast with a few disciples after His resurrection and reconciling with Peter who had denied Him.

One unique international relationship she developed was with Ahmet Shala, the Ambassador of the Republic of Kosovo in Tokyo, Japan.

“So apparently I’ve been adopted,” Castro said, as she let out a laugh. Castro explained that she asked Ambassador Shala lots of follow up questions after a lunch session he spoke at and by the end of the conversation they were like family.

Castro said she was never able to learn the name of Shala’s wife because upon first introduction, “his wife was like, ‘I love you too. OK you’re adopted. You’re my adopted daughter now, call me mommy.’” As the weekend’s events continued, Ambassador Shala and his wife were introducing Castro to everyone as their adopted daughter. “Pretty soon everybody kept asking like, ‘so, where did they adopt you from?’” Castro said. “It was really funny.”

Castro said her new “adopted father”, who is Muslim, answered her question “How can we deliver the love of Jesus Christ to ISIS so they can have a change of heart?” in a way that changed her perspective.

“The [most important] quality of character that a leader can have is a good heart,” Castro said, paraphrasing Shala’s answer. “The heart to love our enemies. ‘And that’s what ISIS is tempting us to do – to hate them – but we need to love them and to pray for them to have a change of heart.’”

Castro said she thought the most disappointing speech was the one given by President Barack Obama. “He gave a very diplomatic address and that’s not really the environment it was,” Castro said. “If you could imagine such passionate speeches [from everyone else] and all of a sudden his speech comes… I was expecting so much more heart out of the president’s speech.”

Castro said the most memorable part of the experience overall was seeing the heart of the world leaders and their desire to let love and unity overpower war.

“She’s a spectacular young lady and she has a great future, but she really just shines in these types of environments that are people oriented and we were really proud of her,” Castleberry said.

Castro is an Act Six scholar who has attended NU since fall 2011 and will graduate in may. After graduation Castro will complete three months of Peace Corps training in Washington D.C. Castro leaves August 29th to start her two-year assignment as a volunteer health care worker establishing a clinic in a rural region of Zambia.

The 2015 Washington State Leadership Forum will take place March 5th-7th in Olympia and the deadline for student registration is the end of the day Friday, February 27th.