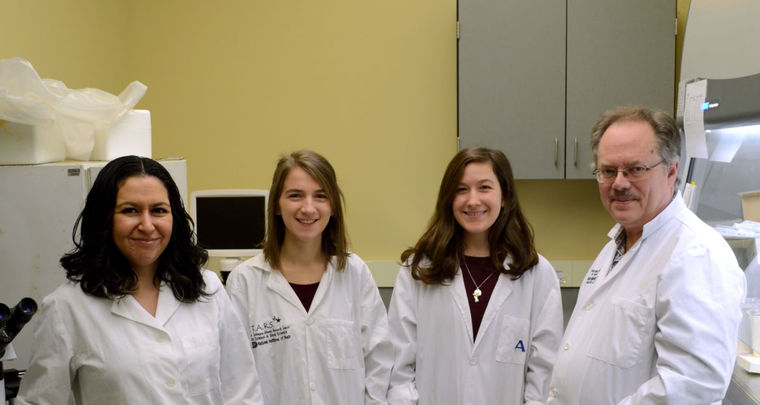 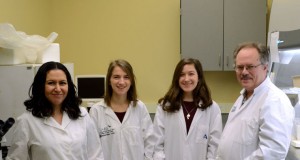 After several years of preparation, the students in the undergraduate research program termed PURE (Pathway for Undergraduate Research Excellence) will officially begin their research project this month.

PURE is the brainchild of Professor Tracie Delgado, who joined the science faculty in the fall of 2011 when the biology department was just beginning. Delgado was excited about having hands-on participation in the department’s development.

“One of my motivations coming here was to help build the undergraduate research program,” said Delgado. As she taught classes, she would watch talented science students graduate from Northwest University lacking any competitive edge when applying to graduate schools due to an absence of research experience. Delgado passionately named this a “true disservice to these students and to the STEM field.”

Delgado has been actively taking steps to remedy this, and PURE exists today because of her focus and dedication. In 2012, she co-wrote a grant application with NU professors Spyridis, Steinkamp, and Hobson. The M.J. Murdock Charitable Trust – which awards funds to private, undergraduate colleges throughout the Pacific Northwest – allotted NU $114,000 for purchasing state of the art lab equipment and supplies. Delgado called this “Stage One.”

With the capacity for research then in place, Delgado moved onto “Stage Two” in 2014 and submitted several other grant proposals. In February 2015 she received a call that the Murdock Trust had again elected to award NU a $79,000 Natural Sciences Grant for the purpose of undergraduate research, making Delgado the first faculty member to receive a Live Sciences grant at NU. Delgado said, “This is a stepping stone for the science department because this is the first time we’ve brought in external funds to do undergraduate research.”

The research will focus on studying how viruses alter the metabolism of a host cell to cause cancer, specifically the Murine Herpesvirus 68 (MHV-68). Delgado has ample experience and passion in this area to lead the students with, having researched cancer, viruses, and their correlation at UCLA and Harvard, and studied herpes viruses for her graduate thesis at the University of Washington.

The Murdock Grant funds will be distributed over three years, with Delgado mentoring 2-3 students each year, and one student receiving a stipend for researching as an intern through the summer. Each student must first apply to PURE through an application and interview process. This semester Delgado is mentoring PURE scholars Glenwood Ray Clark, Aubrey Massmann, and Sarah Clark.

“She expects good work from us but also has a base layer of continual grace, reminding us that when it comes to research something will always go wrong, and so she gives us grace to learn as we learn general research practices,” said Clark. Being a PURE scholar has given Clark confidence in her choice to pursue biomedical research as a career, and the experience will be essential when she applies to graduate schools after NU.

The NU lab was certified as a Biosafety Level 2 facility last semester, a necessary step before research could begin. PURE students are now building virus stocks and then each will conduct their own experiments, working under Delgado throughout the entire process. Delgado said, “They each have their own projects…and then it will culminate with a final presentation at the end of the semester, where they’re going to present their research findings.”

Delgado has a multifaceted vision for PURE beyond just conducting research. Having grown up in East LA where but a handful of her high school peers went to college, she has a passion for how mentorship can open doors for underserved communities and minority groups to pursue higher education, particularly in STEM fields.

Delgado said, “Now, as a professor, I want to give back to that same community that helped me get to how I am today.” She is forming partnerships with local high schools whose students are from underrepresented minority groups. Through organized events and tutoring, PURE scholars will come alongside the high school students as mentors and examples. Delgado foresees this as a dual accomplishment, “I think this would be a service to [the PURE scholars] in building their leadership, but at the same time a service to these students who don’t have role models or mentors or other people who tell them ‘this is possible.’”

Delgado continues to dream big for the future of NU’s science department. In 2014, she had also applied to the National Science Foundation (NSF) for a significantly larger grant of over half a million dollars. Delgado says that while the NSF was enthusiastic about the PURE program, they were hesitant whether NU had the capability for this research on campus, being a smaller school with a young biology program. Delgado sees the $69K Murdock Grant as a way to prove our capabilities and become more competitive for other grants like the NSF, which she will re-apply for this summer. Whatever the outcome, Delgado has already made her mark on the biology department and NU students present and future, redefining what is possible.