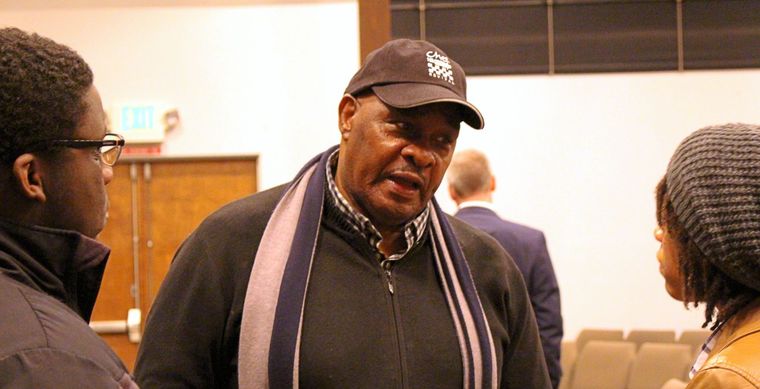 Dr. Wayne Perryman and His Fight Against Racism in Modern America 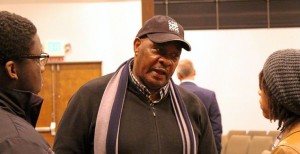 A group of students gathered in the chapel to hear renowned speaker Dr. Wayne Perryman discuss the ongoing issue of racism and its history towards African Americans on Tuesday, February 9th. Along with the discussion, the students got an opportunity to watch part one of Perryman’s two-part documentary, Because of the Color of Their Skin, a copy of which is now available to check out in Hurst Library.

“I walked a mile with Sorrow, And ne’er a word said she; But oh! The things I learned from her, when sorrow walked with me,” Perryman said as he began the evening reciting a poem by Robert Browning Hamilton. In the poem, Hamilton contrasts walking a pleasurable life and learning very little with walking a sorrowful life and learning deep and meaningful truths.

“The best way to really know a person is through their pain— understanding their struggles,” said Perryman, “You can look at in the face of everyone in this room and all you’ll see is their face, but you won’t see the struggles.”

Perryman emphasized that his new documentary was a story of the history of the struggles of the African Americans, and said that he documents the story of what really happened. Part one of the documentary covers Black history from 1619 to 1945; putting together various movies from both Hollywood films and other documentaries to show a timeline of brutal history.

From the capturing of slaves in Africa to segregation in the World Wars, students learned about the true meaning of the popular church hymnal “Amazing Grace,” the cruelty of the Jim Crow laws, and the struggle African Americans face to prove their devotion for their country.

After the end of the documentary, a deeper discussion of racism began between Perryman and the students. Perryman, whose family moved to Seattle in 1945, recounted his memory of his mother’s struggle after moving from the southern city of Atlanta, Georgia to Seattle. He recalled how her attitude toward white men shaped his early perception into one of bitterness and hatred. He grew up thinking that true believers cannot truly love God, the Creator, if they cannot love their neighbors, regardless of skin color.

“If you never read another chapel in the Bible, read St. John 17,” Perryman said. “I call it Jesus’ last dying wish.” Perryman was referring to the moment in which Jesus prays to God that one day the people could be in “complete unity,” just as he and his Father are.

Perryman left students with the challenge of pursuing friendship and maintaining willingness to learn about different cultures and stand with people of various ethnicities.

NU President’s Stance on Immigration Puts Him in the Spotlight