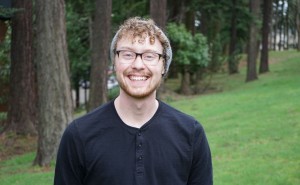 Did you know that there are approximately 27 million slaves around the world right now? It might just sound like another statistic to you, but to sophomore Mason Britsch, it is more than just a number.

Britsch is currently overseeing Embargo, one of Northwest University’s local missions branches that partners with global leaders to fight against slavery and human trafficking. Embargo is committed to supporting local organizations, fundraising, increasing awareness, and equipping those called to participate in the fight for human dignity and freedom. If you have attended chapel on campus this past month, you have likely heard that January was Human Trafficking Awareness Month.

Every Friday our general offering is designated toward Hope for Justice. Our financial partnership with Hope for Justice is an avenue for us to help fight this issue globally. According to Law Street Media, there are currently 161 countries affected by human trafficking, which is a $32 billion industry. That is three times what the United States’ discretionary fund spent on food and agriculture in 2015, according to the Office of Management and Budget.

Although human trafficking is a global issue, it is also happening in our backyard. On any given night in Seattle, hundreds will be sold for sex.  R.E.S.T. (Real Escape from the Sex Trade) and The Genesis Project are two of the local organizations that Embargo currently partners with. In January, a group of students who are involved with Embargo, attended a Training Day at R.E.S.T. Edward Summer, Director of Development at R.E.S.T., said that they are looking into providing a training day on campus for the convenience of students who are interested in getting educated.

Britsch is consistently seeking out different ways to educate himself about this issue. At the age of fourteen, a passion to end human trafficking was birthed in his heart. Since then, that passion has only increased. He believes that becoming aware of the subject is only the first step. “You can be aware, but not educated,” said Britsch. Most people are aware that human trafficking is an issue but they don’t really know how bad the problem is.

Britsch is establishing a four-week cycle in Embargo’s weekly meetings, which occur on Tuesdays at 7 PM. The first week will be focused on worship and prayer. He feels that God is truly the solution to this overwhelming issue. “We need to place God above the industry,” said Britsch. The second week will be centered around educating students on the real facts about trafficking. Though many students are aware that trafficking exists, they are largely unaware of the practical ways they can combat it. In the third week, students will have time to be involved with an in house project. Britsch said he realizes that although not everyone can give financially, all can give their time and talent. During the fourth week, a rotation of guest speakers will be sharing.

Let’s be encouraged to not stay silent. Continue to spread awareness and become educated. Once we are properly educated, Britsch’s desire is that God would ignite the passion in us to take action.

Dr. Cawthon’s ‘Last Lecture’ Inspires Students to be Themselves