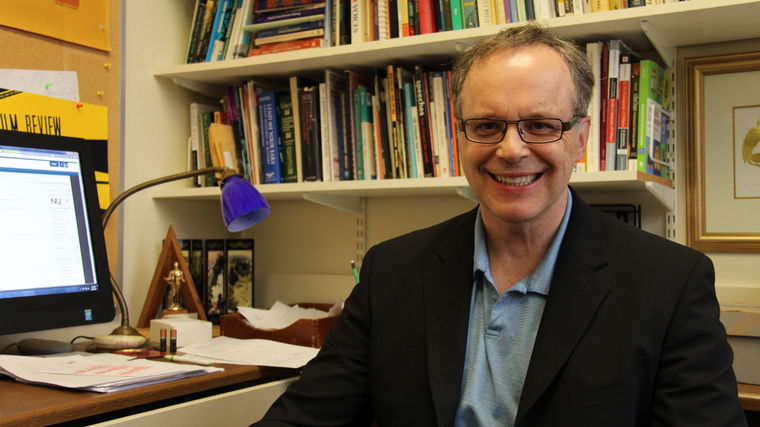 By: Jon Ladd and Majesty Benaya 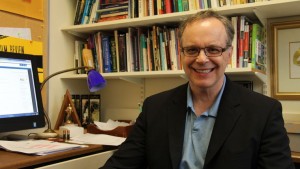 An excited voice echoes down Williams Hall at 9 AM on a Monday at Northwest University. A large grin spreads across Professor Gary Gillespie’s face as he tells stories. Full of passion, he acts out basic principles in human communication for students in the degree program he helped form.

Gillespie is retiring from teaching at NU at the end of the 2016 spring semester. Northwest’s Board of Directors awarded Professor Gary Gillespie the status of Faculty Emeritus, a rank only given after a vote by board members to faculty who have served NU with distinction for more than ten years. Universities typically grant this status as a means of demonstrating the quality of faculty who serve the institution over time, and of demonstrating the growing strength of the institution. Emeritus faculty are frequently highlighted in a university’s catalogue.

Gillespie is in his 31st year of teaching communication courses. He helped launch the Communication Studies major at Northwest in 2000 and has earned numerous awards since then. Specializing in debate and public speaking, Gillespie has critiqued more than 5,000 student speeches during his career. Gillespie earned his degree in Communications at Western Washington University, where he drew inspiration from Brady Bobbink, a campus minister with Chi Alpha and Campus Christian Fellowship.“One thing that he said in his discipleship classes is that, ‘You should choose a career where you’re pouring your life into people because then your contribution will be eternal,’ and so that’s what I did. I decided to minister to college students and to pour my life into people,” said Gillespie

Gillespie’s successes as a debate coach may be among the most notable of his accomplishments. When he stepped down from the position in the spring, he had the second longest tenure of all debate coaches in the five northwestern states. “The students were able to be successful and win awards” Gillespie said. “We were able to bring major universities like Oxford, Yale, and Harvard, on campus; international debate teams. We became nationally recognized. Our little school going up against major schools.”

As well as for his contribution to NU’s debate program, many students appreciate Gillespie’s passion for teaching. David Haram, a Communications major, emphasized his appreciation of Gillespie’s techniques. “I like his methods of public speaking in class; one of them is his persuasion techniques. He demonstrates all elements of communications effectively, though. Thanks to him I found my interest in majoring in communications,” Haram said.

In addition to teaching, Gillespie is also an emerging artist. Last year, the Northwest Collage Society awarded him the Innovation Award. His art is inspired by the abstract expressionist masters who produced haunting images from this region. He also enjoys the works of Mark Tobey, and Northwest artists Morris Graves, Kenneth Callahan, Emily Carr, Helmi Junvonen and Paul Horiuchi are his favorites.

Jacob Witt is an English professor and Northwest University alumnus who has worked closely with Gillespie. “To say that Gary Gillespie is an accomplished man would be a very true understatement of what he’s done as a professor at Northwest. There are multiple generations of students that he’s impacted and encouraged” said Witt. “Gary’s initial persona when you meet him isn’t one of a powerful master of oratory, but when you watch people who do speeches when Gary’s influenced them and helped craft that speech, those are some of the most powerful.”

Gillespie plans to retire from teaching at NU after the spring 2016 semester in order to devote more time to his online business Leda Art Supply, selling sketchbooks and his own artwork. As an internet entrepreneur, Gillespie has already been successful, ranking on page one of Amazon. Right now, Gillespie’s sketchbook is visible to more people than the total amount of customers who shop at all the Walmart stores in the world. In the next year, he plans to offer six other art-related products.