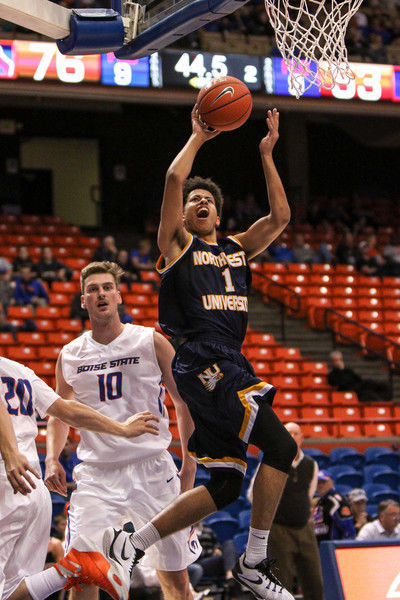 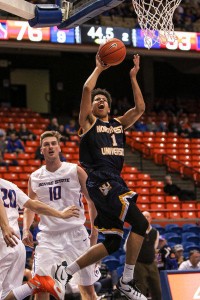 Jaden Jenkins is a sophomore playing for the NU men’s basketball team. A communication major from Steilacoom, WA, Jenkins has been playing basketball for as long as he can remember, and comes from a very athletic family. He is the youngest of four children, all of whom have played sports. Jenkins’ father played football at the University of Washington. Growing up, his mother encouraged Jenkins to participate in any sport he wanted. Because of this, Jenkins fell in love with basketball.

Jenkins is beloved by his teammates and his peers. He has a calm demeanor and does not take his work for granted. Jenkins explained his reason for loving basketball so much is because of how intense it can be.

Though it can be very taxing on the body, Jenkins argued that basketball is more taxing on the mind. When asked about staying calm and composed on the basketball court, he mentioned the word “patience” over and over again. To Jenkins, that seems like the most daunting task about basketball, because rushed plays and “trying to do too much” results in turnovers, missed shots, simple fouls, and becoming the coach’s favorite person to criticize.

One of Jenkins’ most defining moments was when he first received the offer to come play at NU. He had had the best open gym of his young basketball career, and the NU coaching staff for men’s basketball took notice. He also mentioned the story of the first significant play that he made for NU. It was against Oregon Tech, and he was not logging many minutes for NU at the time. After coming off the bench, he stole the ball and dunked it on a fastbreak.

“It was the first time any of my teammates noticed that I could do some special things,” said Jenkins.

Jenkins believes basketball is going to be a significant part of his life for a long time. Jenkins said his parents had a significant impact on his life, as well as other family members.

“My parents… have influenced me a lot, but also my grandpa. He is a cool and collected guy as well, which is where I think my dad got it from. I learned how to be joyful from those three, always trying to lighten up the mood. Life is short, so why be stressed?”

Jenkins said the one thing he loves most about the NU community is how easy it is to talk to everyone.

“People are just friendly and kind at NU,” he said. “It’s amazing that there really isn’t anybody here that are afraid to talk to people that they don’t know at all. It’s something that I have learned to really love here at NU.”

Jenkins is well liked on campus, and when asked if he had any closing remarks for the interview, he said: “Be happy, enjoy life, and go Eagles.”