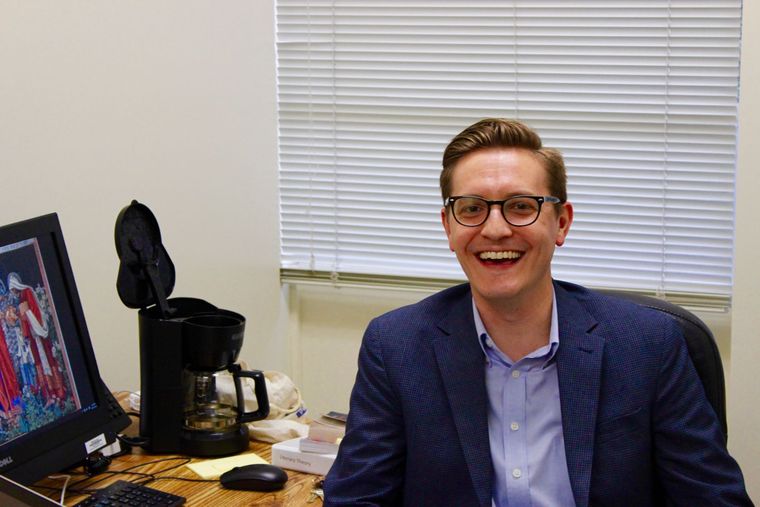 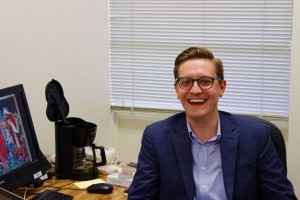 Professor McQueen is one of the newest faculty members to the English Department at Northwest University. Once a student at NU himself, McQueen has now returned eight years later to teach. He is currently teaching Literary Theory, and looks forward to teaching Shakespeare and Survey of British Literature next semester.

McQueen believes that students need to take advantage of this time in their life when education is at their fingertips, and he runs his classroom accordingly.

“This is the only time in your life where it is socially acceptable to be poor, just read, talk about it and ask questions,” said McQueen. “That’s an amazing thing. Part of my goal is to help students realize that.”

Calling his class times “rigorous but…also very jovial,” he expects his students to work hard and come to class prepared, so together they can have an even greater time.

McQueen and his siblings were the first in their family to attend college. He was first exposed to NU as a young boy, when he would make an occasional trip from his hometown of Spokane, Washington to visit his older brother who was a student on campus.

“I was in awe as a young kid coming to visit,” McQueen said. “I remember there was this one time where I got to stay with him in his dorm room and I played electric guitar and the drums. It was a humble campus, but I was in awe of it.”

McQueen is amazed at how much the campus has changed over the last ten years.

“The amount of students has increased, the academic level seems to be higher, the engagement of the professors within their disciplines is at a higher level, and even the quality of chapel and chapel speakers has gone up… NU is growing, and it seems it’s going in a very healthy direction,” said McQueen.

After his first semester in college, McQueen took a year off to tour with the band Telecast. He played guitar and piano, and performed in around 150 concerts in 46 states. They opened for the David Crowder Band, and in Germany they opened for Third Day for an audience of 5,000 people.

Returning to NU, McQueen briefly considered career paths as a theologian or mathematician, but in the end decided to pursue his passion for English. He met his future wife at NU, and today they have a 2-year-old daughter.

McQueen has continued his education at Ohio State, where he completed a master’s degree in English and is currently pursuing his doctorate. His life experiences as a graduate instructor in the English Department of Ohio State and an instructor of English with the JET program in Japan, together with his education, prepared him for his new role at NU.

McQueen values teaching at a Christian private school over a public school as it provides more meaningful opportunities to interact with students, and he is excited to invest and make a difference.

“Education is most effective when practicality and feeding the soul are intertwined,” he said.

McQueen appreciates art, movies and reading. He expressed that he thoroughly enjoys the opportunity to converse with students and colleagues about writing, literature, philosophy, and theology.

Reflecting back on his own college experiences, McQueen offered a bit of advice to the students of NU, reminding them this is a unique time in their lives.

“Don’t miss this special opportunity. Scale back other commitments as much as you can. Pay attention in class, do your reading, develop friendships with your professors and with other students who like to think,” he said. “Do all this so that you will fall in love with ideas, for somewhere behind every compelling idea is Christ himself.”

Professor McQueen would love to meet the students of NU. He can be found in Fee 13, Monday-Friday, 2:30-4:30 p.m., or email joseph.mcqueen@northwestu.edu.