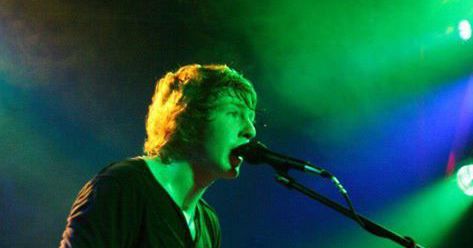 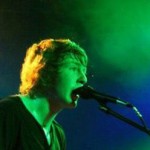 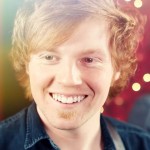 It doesn’t take long to realize that Northwest University is full of talented musicians, many who are trying to make their mark and launch a career in the music industry. One of these musicians is 21-year-old Andrew Aguilar. A senior and Contemporary Music Industry major, Aguilar has been working on the release of an EP as well as mastering one of his songs, “Collide,”for release on the radio.

Aguilar was interested in music from a young age but didn’t become seriously involved with it until 8th grade when he started a band with a group of friends called “Beyond Gravity.” He played in this band through all four years of high school. Beyond Gravity became increasingly popular and sold out venues in Aguilar’s hometown of Auburn, WA.

“I wish I had kept with it” Aguilar said. He is now pursuing his dreams in new ways, one small step at a time.

Aguilar’s main instrument is his voice. However, he plays many other instruments as well, including piano, drums and bass.

About three years ago, Aguilar and his dad began converting a barn in their backyard into a recording studio. He saved the money he made from selling his concert tickets to buy equipment. Once the studio was finished, he was surprised by how many people started asking to record with him.

Within the last few weeks alone, he has recorded with a Seattle-based band called “Sooner the Better,” singer/songwriter Haley McCoy and a Latino worship band.

“My dream is just to get my music out there,” Aguilar said. However, he is not hasty in making decisions and knows he needs an attainable goal, vision and patience in the slow climb to achieving this dream. He is meticulous when it comes to the little details of music and spends hours perfecting songs in his studio.

Aguilar’s goal for the future is to be a worship pastor at a church and to include his audio engineering, studio work and other musical endeavors along the way.

It is amazing how fast a group of high-school friends can become a band, a barn become a professional recording studio and a dream can slip into reality.

Aguilar’s first EP, Collide, including the title track, will be released within the next two months.