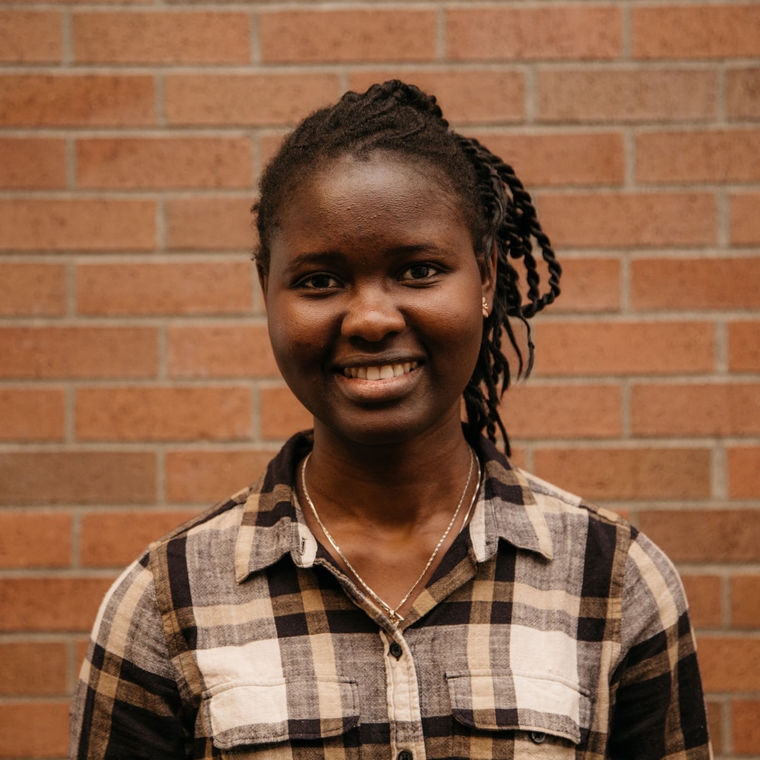 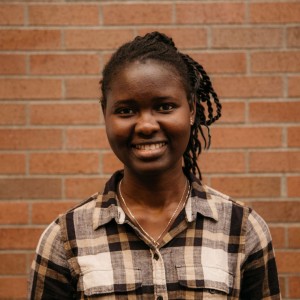 Tapsoba came to the U.S. in 2012 from her home in Burkina Faso, in West Africa. She grew up in a family of seven and hopes to be the second of her siblings to finish college.

Tapsoba always wanted to pursue an education. After being denied a visa twice to study in Paris, she wanted to give up. One of her sisters suggested she apply to study in America.

“Are you crazy?” she said to her sister. “I don’t speak English! How would I go there to study [and] not speak the language at all?”

After realizing she had nothing to lose, she applied and was accepted to a school in Washington, D.C. where she would learn English. The next step was to pass her interview with the State Department.

Tabsoba knew her chances were slim. It is hard to get a student visa unless one has two things: a family connection in the U.S. and financial resources, Tapsoba had neither.

She arrived at her interview and prayed for God’s peace and guidance.

“After asking me a couple of questions [the U.S. officer] told me to come the next day and get my visa,” Tapsoba said. “From there I realized that God wants me in the United States.”

From that moment on, Tapsoba’s life changed. Although she felt blessed to come to America, she has faced and is still facing several obstacles.

“I faced numerous challenges that almost made me lose my legal status,” she said. “The biggest of all was finances. As a [holder] of a student visa, the conditions [are] to continuously go to school — otherwise I [could] become [an] illegal and would be at risk of deportation.”

Tapsoba had limited options for jobs offered off campus and had a restriction of 20 hours a week which made it more difficult for her to earn money for tuition. The government granted her one year to work and save money, which enabled her to attend NU for fall semester. However, her funds are now running out.

“I am afraid this will be my first and last semester at this college because I do not have enough to afford the next semester,” Tapsoba said.

“My decision to sacrifice everything I have back in my country for the U.S. was primarily a calling of the Lord. At the time, I did not quite understand why He was calling me to a country that was very different from my own in terms of language and culture,” she said. “I did not know the country and did not have any relatives here, yet I trusted in the Lord because I was convinced that He wanted me here and that He is the one who will help me go through my daily life here.”

Tapsoba is passionate about communication and being able to bring unity among diverse people. She speaks a total of six languages, four fluently, and hopes to use her language skills at an organization like the Bill and Melinda Gates Foundation or the UN after graduating from NU.

“I believe that diversity is here in the U.S.,” said Tapsoba. “I can help with my experience with culture and my language skills.”

Tapsoba believes by completing her education, she will be able to shift the mindset of the people in Burkina Faso, where a persistent belief is that women don’t deserve to go to school. She hopes to set an example for other women from her community.

As much as Tapsoba would like to fulfill her dream, she is faced with a harsh reality that she may not have the finances to return to NU next semester. A YouCaring fund has been created in hopes that others would hear her story and offer any support.

Here is the link to donate Tapsoba’s tuition fund:

Is it Okay for Students to be Campus Security Guards?