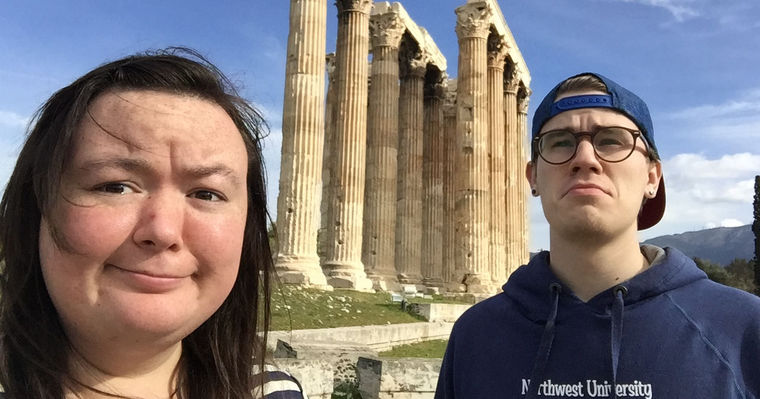 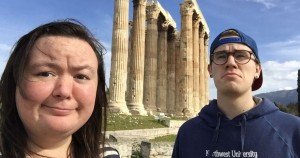 Two Northwest University students participated in the 2016 World Universities Debating Championship in Thessaloniki, Greece. Marlene Pierce and John Swayne got the unique opportunity to attend the WUDC in the country where the art of public speaking originates. Pierce won first place against 100 participants in the Public Speaking competition. Around 400 teams competed in the WUDC.

Pierce said she is appreciative of the knowledge she gained from observing how students from around the world approach debate. “It was cool to see the different styles that are out there. Even if it’s all British Parliamentary Style, people coming from different countries have vastly different ways of approaching the same end goal,” said Pierce.

“Different countries pay attention to different things such as principles or philosophy, but the highlight of this experience was meeting people and finding similar ground with people from other cultures,” said Swayne.

NU professor and debate coach Jacob Witt traveled with Pierce and Swayne to Greece. Witt participated in debate from 1995-1997 while he was a student at NU. As a former team captain, he understands the commitment and dedication it takes to be a part of debate. “John and Marlene worked very hard and were worthy of going to world’s,” said Witt. “Their accomplishments helped further establish us as a national team.”

As seniors, Pierce and Swayne reflected on how being on the debate team has influenced them. Pierce said, “You never leave a round feeling like you’re dumber for participating in it. It’s an environment that creates academic success.” Swayne said he is grateful for his involvement in debate because it pushed him to be more culturally aware and academically invested. “For me this is a commitment that influenced my ability to argue and really build critical thinking skills; it was a catalyst for me academically,” said Swayne.

The team recently traveled to Pacific University in Forest Grove, Oregon where Pierce and Swayne took first place and both placed in the top six speakers.  In early April the team will be competing at the U.S. Universities Debating Championship, which will be held at Morehouse College of Atlanta, Georgia.