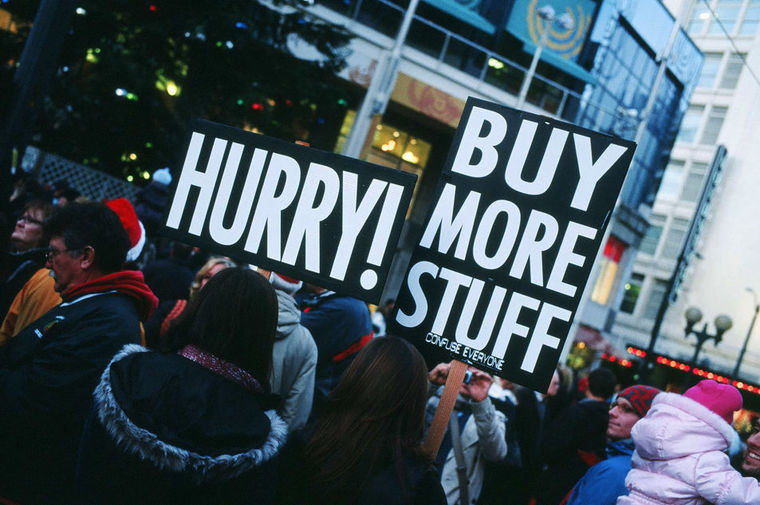 All About Black Friday

Photo courtesy of John B. Henderson 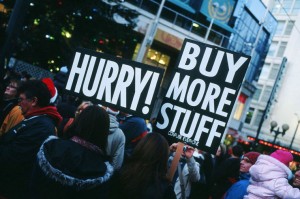 War cries, weeping, gnashing of teeth, blood stained clothing, tear soaked hands – and low, before you stands not the scene of a war-torn battlefield, but the depiction of one very specific day that distinguishes itself from the other 365: Black Friday. Some say it was named for the “blackout sales,” others claim it was due to the physical blacking out of the original prices (to prey upon the bargain shoppers and opportunists alike), but anyone who is anyone knows its name stems from the giant gaping black hole it creates in the soul of each participant. If you have ever indulged in Black Friday, you know exactly what I am talking about. And I’m sure, “you would rather not talk about it.”

Black Friday is for all of those folk who love wasting hours standing out in the cold, haven’t filled their yearly “I’m going to get trampled by a bunch of insane middle aged women” quota, and like blacking out for extended periods of time only to wake up covered in someone else’s blood holding six discounted iPods. Totes worth.

I hope the dignity store takes payments on the weekend, because 20 minutes after those doors open most people don’t know where they are, how they got there, or why they are selling their shirts for grilled cheese sandwiches. In fact, the U.N. recently demonised Black Friday as, “a pernicious event that cannot be allowed to persist in a world where we actively fight against human rights violations.”

Renowned metal musician and performer Marilyn Manson claims, “most of my musical inspiration comes from attending Black Friday sales…it really brings out the violent, dehumanising rage in everyone.”

I’m not here to give Black Friday a bad name. Just remember, every time you pick up an item with a little red sticker promising happiness and joy an angel loses its wings. Just remember that.