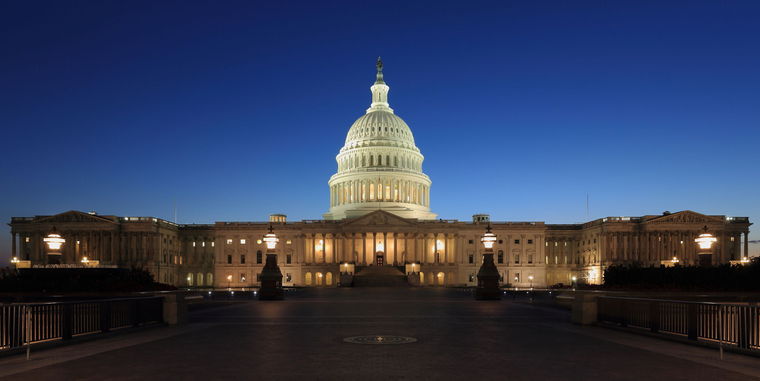 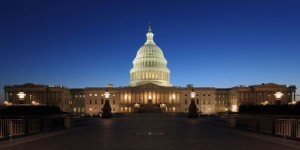 Those who attended the election viewing party in the HSC conference room were few but spirited. People came and went but the company consistently numbered about 10 students. Snacks were shared as well as jokes and opinions, both like-minded and contrary. Students sparred each other in debates ranging from the effectiveness of the Electoral College to the implications of an all but impossible Trump victory. It is all in fun; the room personified by nonchalance. The night is a formality—a tradition. Everyone there already knows who the president-elect will be by the end of the night.

Until Trump takes Florida and the other battleground states turn a knowing red, one by one. Slowly, gradual as to be unnoticeable until it cannot go unnoticed, the room is different. Existing on a different night, filled with different students breathing different air, there is a sharp engagement. Any jokes, a now endangered social venture, are quietly told and often overlooked as the room’s patrons prosecute any information offered from the news anchors projected high on the wall. Dread rolls like thunder and discourse is quieted.

This was one room and there were many more like it across the country, likely even the world. But there were other rooms too, filled instead with very different people who saw the evening in quite another light. If America was thought to be divided before the night of Nov. 8, then who knows what one might call it now. The casualties of this divisiveness include the church as much as anything else.

Northwest University professor of political science, Dr. Andrew Kaufmann, spoke about age as a contributing factor to the church’s, and America’s, division.

“I don’t want to denigrate Trump voters, but I think with millennials there is a greater sensitivity to the diversity that is America now,” Kaufmann said.

“With religious diversity, with racial ethnic diversity, with immigrants – and they see the older generation, those that voted for Trump, not appreciating that, not being sensitive to those considerations. They see the older generation voting for Trump even after all of his rhetoric and they say ‘Where are you going to draw the line?’” Kauffman said.

It is a complicated crisis. Dr. Rowlanda Cawthon, assistant professor of business at NU, claims that it largely comes down to the mindset of the people.

“There is a lack of empathy. We are not taking the time to hear and to listen and to engage. There is no willingness to understand or find a middle ground so inevitably you are going to see this pushback,” Cawthon said.

Dr. Daniel Bennett, a political science professor at John Brown University, believed a large part of this national split is the generalization of Trump voters.

“It’s silly to think the only folks who voted for him are bigoted or racist,” Bennett said. “That’s definitely a part of it, but Trump was able to tap into the resentment of the economically depressed cities across the nation. That doesn’t excuse what he said, but the people who voted for him aren’t all bad people.”

However, Bennett’s solution for the issue is the same as Cawthon’s.

“One of the most alarming things coming out of this election has been the decline of political discourse. Try and find people who disagree with you. The answer for Trump voters will probably not be ‘Well I’m a racist,’” Bennett said.

Yet another facet of this impossibly complicated event, one that appeals specifically to NU students, is that of religious freedom. It was not a talking point of Trump’s, but his election still has implications for NU and many schools like it.

“There was a concern that four more years of a democratic president could put more pressure on Christian universities as far as funding, or revising standards of conduct,” Bennett said. “Especially in the courts, this has eased some worries for now. Christian colleges can breathe a sigh of relief on that front but we still have many students bummed about Trump.”

Kaufmann held these views as well.

“The tide will be stemmed a little bit in terms of protecting religious institutions and their freedom to do things like hire people of like faith. Even if they discriminate against people who practice homosexuality,” Kaufmann said.

“Because so much of these decisions end up in the courts, if Trump does select people like John Roberts then I think it will be good for religious institutions. Culturally though that tide is still going in one direction. A Trump presidency may help to stem that, but those issues aren’t going away,” Kaufmann said.

However, Jacob Witt, coach of the NU debate team, warned that it is not an excuse to drop out of discussions on race and sexual orientation.

“As Christian higher education people are watching what we do. Do we abandon racial reconciliation and those tough talks on race and gender? I don’t think we do. We frame that as the Christian duty to work through those issues with grace and love. So I don’t think there is a giant political impact but people are watching what we do post-election and I’m hoping we are our better selves,” Witt said.

“I would hope that as we approach each other we think, ‘In what ways can we bring each other to the table of discourse again,’ rather than, ‘Oh you’re a Trump supporter and I’m against you.’ We can’t operate in the perception that the person we’re arguing against is totally evil or wrong or irredeemable. We have to argue in a way that we want them to work with us – because we have to move forward as a community, especially here on campus. We have to recognize that we don’t have the option not to live in community with each other,” Witt said.