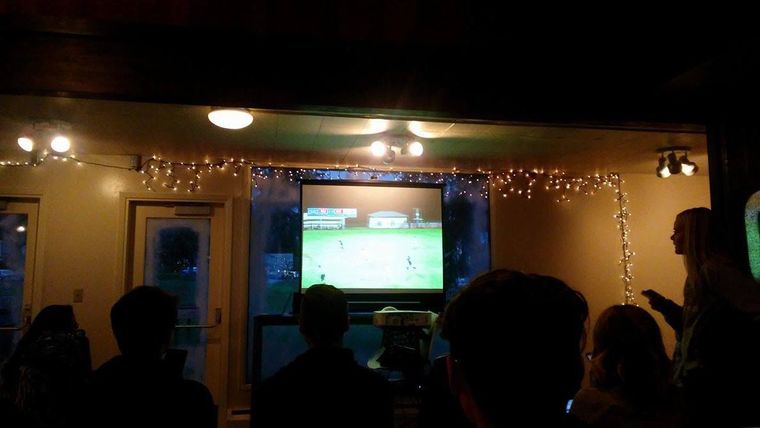 Eagles Advance to the Final Four 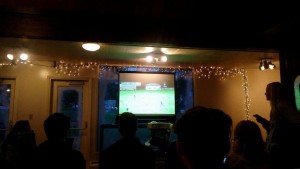 The Northwest University women’s soccer team dominated the No. 13 ranked Reinhardt University in the NAIA quarterfinals to advance to the semifinals scheduled for Dec. 2.

NU students gathered in Perks lounge to cheer on the women’s soccer team as they compete in the Elite Eight NAIA national playoffs for the first time in school history.

The Eagles traveled to Waleska, Georgia to face Reinhardt University in hopes to continue their winning streak that brought them to the Elite Eight after a double overtime shootout defeat of Ottawa University yesterday afternoon in Orange Beach, Alabama. NU goalkeeper Lauren Hellum made the two saves to secure the win.

A weather delay pushed the start of today’s game to 5:40 p.m. CST (3:40 p.m. PST). The Eagles played a dominating first half, with a goal early on by Rylee Rassier assisted by Jubilee Zevenbergen, followed by another two goals by Zevenbergen and Kortney Hudak.

The Eagles entered halftime with a 3-0 score, and a ruling defense that gave up only three shots and one shot on goal.

Reinhardt scored with 22 minutes to go in the game. The Eagle’s final goal came from Hannah Nicholson assisted by Zevenbergen with 2:29 to go.

The women’s soccer team is on to the Final Four.

Women’s Soccer Team to Play in the NAIA Second Round