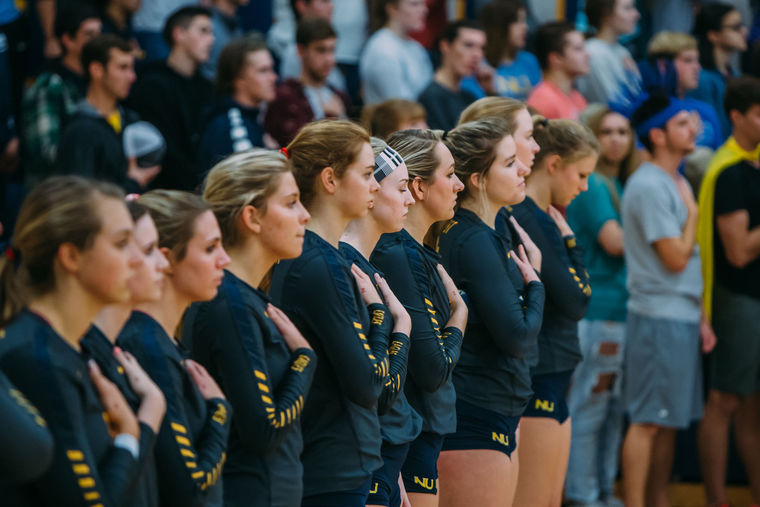 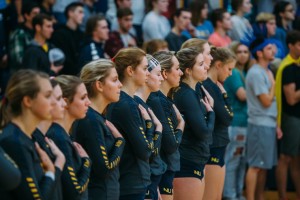 His act sparked dozens of similar protests by professional and amateur athletes around the country, including local high-school athletes and Megan Rapinoe, a Seattle Reign soccer player. These players cited the same motivation: making a statement about perceived racial injustice.

Kaepernick has vowed that he will not stand until he feels that there has been significant changes made in American society to help combat this issue. While he and many other NFL athletes have taken this same political stance and have reverted to kneeling during the anthem, there have been other demonstrations that many NFL teams are taking in an effort to show unity.

Locally, the Seattle Seahawks linked arms during the anthem before a game on Sept. 11, 2016 to signify, in their words, “standing together to bring change to the nation.”

“We are a team comprised of individuals with diverse backgrounds, and as a team we have decided to stand and interlock arms in unity,” said, Doug Baldwin, a Seahawks wide receiver. His remarks were quoted in the sports outlet SB Nation.

“We honor those who have fought for the freedom we cherish, and we stand to ensure the riches of freedom and the security of justice for all people,” he said. “Progress can and will be made only if we stand together.”

Social media has both amplified and confused this wide-ranging issue, raising awareness but also creating silos of opinion. The 2016 presidential campaign only heightened the intense separation between those holding opposing viewpoints.

As a faith-based community, Northwest University’s staff, faculty and students are also wrestling with how best to confront endemic racism in society.

“The flag is the reason in which we have the freedom to protest, whether that be on the field or anywhere else, we have the constitutional right to protest and that is what the flag represents,” said Thor Tolo, assistant professor of business at NU. Tolo who is a former sports broadcaster and commentator with nearly 20 years of experience, including hosting a show on the Minnesota Vikings Radio Network.

Tolo thinks Kaepernick’s protest was not as impactful as it could have been.

“If he were doing this as well as, for instance, wearing cleats that say, ‘Black Lives Matter’ across them and possibly risking a hefty fine for violating NFL dress code policies, it would mean more.”

When asked about this issue, many students were reluctant to talk about it on the record. Many students said that they fear offending their peers as well as having their words misunderstood by the rest of the student body. Others were not as reluctant to respond to this issue.

“Humanity will always fight; the issue is what is changing,” said one student who wished to remain anonymous. “It’s not the issue we need to unite over but rather we need to separate ourselves and ask why we care about that issue so deeply.”

Civil disobedience like that shown by Kaepernick highlights the larger issue of how Christians should participate in patriotic statements, on or off the field.

Clint Bryan, an assistant professor of English at NU, pointed out that hyper-patriotism is an additional challenge for Christians engaged in this debate.

“As a Christian, though I love America very much, I view this country as my home in passing until I get to Heaven, which is my permanent home,” he said. “We as Christians have to decide what is more important to us, being American or being Christian.”

But the lingering protests, and the impact they’ve had on the NFL’s ratings, are here to stay, along with the challenge Christians face in engaging in cultural-societal debates.