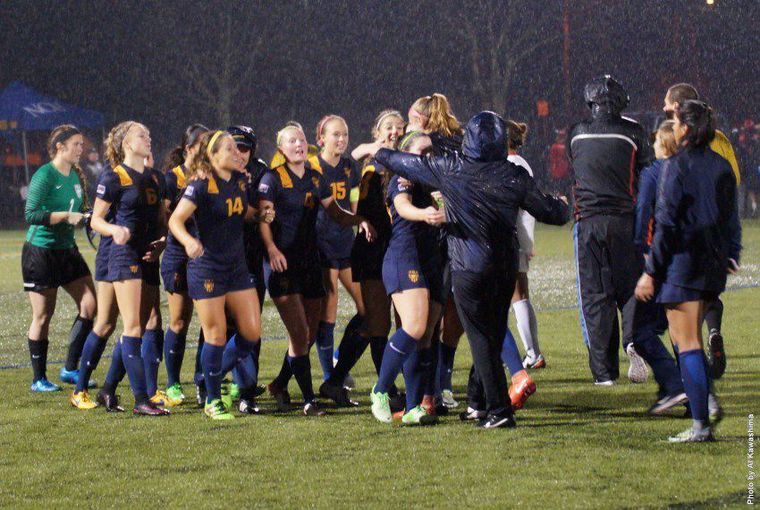 Women’s Soccer Team to Play in the NAIA Second Round 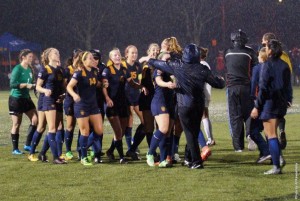 For the first time in school history the Northwest University women’s soccer team made the NAIA national playoffs.

The NU Eagles traveled to La Mirada, California to face No. 8 nationally ranked Biola University in the 2016 NAIA Women’s Soccer National Championship opening round. Biola University was the No. 6th seed in the tournament.

The Eagles would score early in the 2nd minute thanks to a great shot from freshman Rylee Rassier. They took the 1-0 lead into the half, making the upset look more of a promising outcome. Then, in the 64th minute, sophomore Bailey Travis scored to put the Eagles on top 2-0, which would be the final score of the game.

The now 13-6-2 Eagles enter the Sweet 16 in their first ever NAIA playoff appearance to face 19-3 Ottawa of Kansas in the second round. Due to their outstanding season this team has the possibility to go down as the best women’s soccer team in school history. Ottawa just upset No. 11 seed Hastings 2-1 in an overtime thriller. Ottawa scored with less than two minutes into overtime against Hastings, eventually giving them the win.

Both teams will experience their first appearance in the NAIA second round of the national tournament in Orange Beach, Alabama. There will be a live viewing of the game at 2 p.m. on Tuesday, November 29 in HSC 104. Live stats and video are also available for streaming.

Eagles Advance to the Final Four