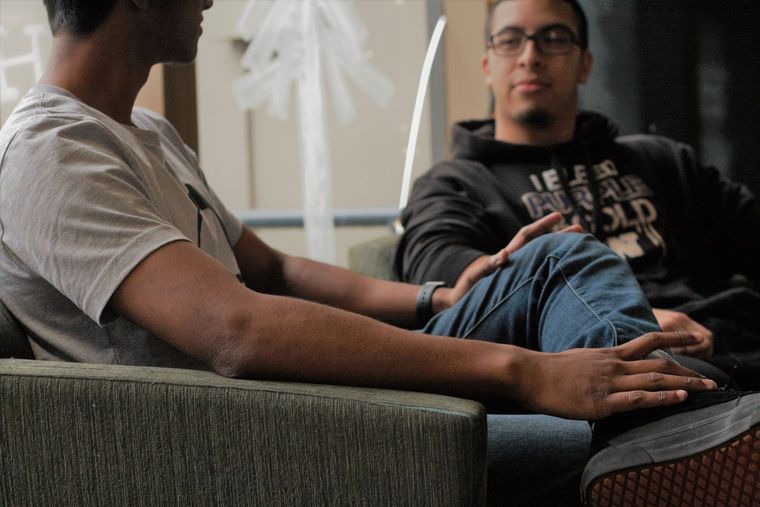 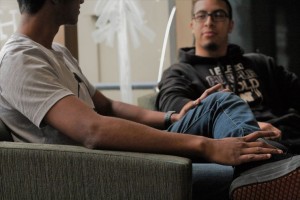 On the evening of Nov. 8, Americans around the nation found themselves captivated by screens that were gradually growing more red. The now glaringly red screens could only mean one thing: Donald Trump had been nominated as the President-Elect of the United States.

“It was almost a joke at first…” recalled Nicole Parker, NU senior, who was stunned when she returned home from work late and powered on her laptop. “My laughter went to silence, as I realized ‘Oh my gosh, this is really happening.’”

As she listened to other students celebrating in the dorm halls that night, Parker tried to process her shock and anger, unsure of how to interact well with others at that moment. She was far from alone. The rest of that week, shockwaves from the election results reverberated around campus and inarguably affected all students and faculty at NU, though in different ways. Many students upset about the election results distanced themselves from community and avoided classes as they tried to process their emotions. Others felt at a loss with how to understand and support their neighbors.

This year’s presidential election was viewed by many Christians as a choice between “the lesser of two evils.” History professor Joshua Meeks echoed this sentiment  and acknowledged the voting dilemma that many faced.

According to many voters, both candidates had morally offensive characteristics or stances, making the election a painful choice. In that struggle, most Christians voted thoughtfully, prayerfully, and as true to their conscience as they could.

As a student of color, Parker could not help but feel Trump’s election took America back in time by validating a social context of racism.

“[Rather] than ‘Make America Great Again,’ it felt like ‘Let’s go back to Jim Crow,” she said.

Yet Parker was also personally reminded that a shared Christian faith does not mean everyone will have the same opinion on political issues. The priorities for each voter were influenced differently by their individual backgrounds and experiences.

“I was alarmed and disgusted by Trump’s comments, I distrusted his character, and I had issues with a few of his policies,” said Nathan Kennedy, NU senior. “However, I had many more issues with Hillary Clinton’s platform, particularly with her support of late-term partial birth abortion.”

For Kennedy, a vote for Trump was largely a vote against Clinton, though he was anticipating “four years with President Hillary Clinton” and was as shocked as Parker when the results rolled in.

Regardless of how individuals voted, Kennedy encouraged them to seek to understand and respect their neighbors’ choices, and avoid labeling. “Each person who voted weighed their options, many with a great deal of difficulty and hesitancy,” said Kennedy. “We each made the choice we thought best.”

Today the election is almost a month behind us, yet the implications of its results will continue to affect and challenge every person on this campus. Our president-elect has changed the atmosphere of America, and as Christians we have to ask ourselves how we personally respond to that. The actions that we choose everyday are the votes that matter, and our beliefs will be revealed by how we actively step into God’s righteousness as we encounter ignorance, anger, disagreements, and injustice.

A vital beginning is to legitimize the emotions others are carrying. Students and faculty of color who have been primary targets of Trump’s racist rhetoric, and who are now seeing the highest impact of resulting hate crimes to their communities, deserve a safe space to process and honestly express their fears.

“God is in control” or “Jesus is on the throne” have been especially popular statements echoing around social media. But although these are powerful statements of real truth, they can feel demeaning to the pain others are experiencing, and the many ways they are seeing this election result affect their world.

“It’s not about saying ‘I understand where you’re coming from,’ because a lot of people don’t have the same life, the same background,” said Tracie Delgado, biology professor. “But more of saying, ‘I support you and I will fight for your justice. I will not treat you with disrespect.’”

As a first-generation Mexican-American female, Delgado is one of many that have felt especially targeted by what Trump said, regardless of whether he partially- or fully-meant his words.  Delgado has already seen Trump’s election personally affect her Hispanic community – from fellow parents that are having intentional conversations about the increased possibility of bullying at school with their children, to a friend in Missouri that was accosted by a truck of white men who threatened if she wanted to be lynched or sent back to Mexico.

Christian Dawson, an Ethiopian-American from an immigrant family, echoed Delgado’s sentiments regarding Trump’s words, explaining, “I just don’t have the luxury to live as if I didn’t hear what I heard, and may not be personally affected by it.”

While there is a blessing to living in an area with a comparably greater diversity, Delgado noted that can become a negative when residents in the “Seattle bubble” are unaware that reality may be worse than what they know.

Lidiya Gebre is an Acts 6 scholar in her first semester at NU, and fears how Trump as president may affect the jobs of her Ethiopian-immigrated parents and the education of her younger sister and her. Like many other minority and colored students, on Wednesday, November 9th, Gebre looked for support from the professors and ministry staff. Without vocal acknowledgement from her teachers, Gebre was unsure of their perspectives and hesitant to approach them for support. A safe space for her fears and pain felt nonexistent.

Meeks, who has used these events to teach and challenge his history classes, believes this election gives a rare opportunity to the professors of NU.

“We’re teaching for a reason, and that’s because we’re passionate about our students’ well-being,” said Meeks. “That’s something we write in our teaching philosophies… but now we get to actually act it out.”

Teachers and staff were not exempt from those that were struggling to process their emotions after the election. Nina Hanson, the multicultural director at NU, has been instrumental on campus as she intentionally reached out to students. Ultimately, as Christians we should seek to find someone who can support us, so that we can in turn encourage others.

The election revealed followers of Christ cannot be painted with a broad brush, said Dawson. “[It] got rid of the notion that Christians vote red or blue, made it that much more clear that there are Christians who are die-hard Republicans, Democrats, Independents – and they are faithfully and thoughtfully following Jesus.”

Students and faculty around campus also noted this election has increased awareness of minority issues, and sparked good conversations.

“Change is coming – it might be slow, but I’m optimistic,” said Parker.

At NU, we can be a part of that change. We can actively participate in affecting the result and shaping what comes next. Hope is an important step after despondency, stated Meeks, but we can’t stop there.

Within our community, we can give grace to our leaders, knowing that we look to no human individual as a savior – only to the Savior, who gives true comfort.

“If you’re disappointed and hoping for something better, hope is a good step, but it is not good enough,” Meeks said. “Hope is being active and being a participant in the world around you, saying, ‘I’m going to play a part in the world that comes, and I’m going to sleep at night knowing I did the best I could.”