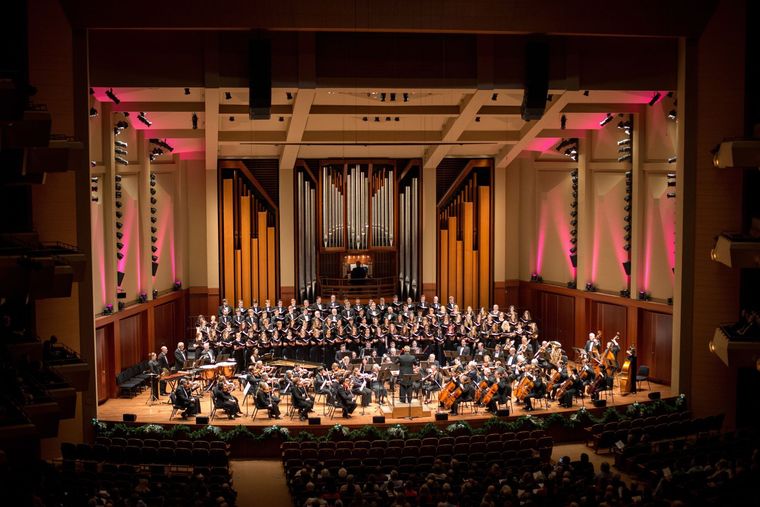 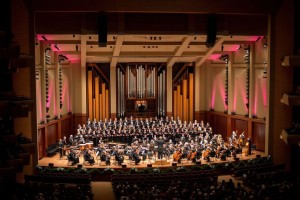 Last Friday, there was an unmistakable air of cheer in Barton 109 as Northwest University’s Concert Choir waited for rehearsal to begin. Once the group had settled in, it was down to business. Director Bill Owen ran through the logistics for the upcoming concert and cracked a few sarcastic jokes before leading the choir in warm-ups and fine-tuning portions of one of the programmed pieces, “The Holly and the Ivy.”

NU’s Christmas Traditions concert is slated for 7:30 p.m. on Thursday, Dec. 8 at Benaroya Hall in Seattle. Christmas Traditions is an eight-year-old annual show that celebrates Christmas traditions through music and song. This year, the NU Concert Choir and Chamber Choir will be performing along with the Kirkland Civic Orchestra. Coro Amici will also be performing, a choir with many NU alumni and Kirkland community members.

Tom Ramage, a four-year veteran in NU’s Concert Choir, says that of all the experiences he has with the Concert Choir, the Benaroya concert is the one he always looks forward to every year.

“The venue is amazing…the sort of sound you hear in Benaroya is just a sound that you don’t hear anywhere else,” Tom said. “Several times people from the choir find themselves crying in the middle of the performance because it’s so beautiful!”

To the infrequent concert attender, Tom claims this concert is not one you’ll want to miss.

“[You’ll hear] some of the most beautiful Christmas music that you’ve ever heard. It’s not going to be jazzy, but it’s going to be beautiful in a way that you don’t normally hear nowadays. It’s pretty cool!” he said.

“Christmas Traditions is a time to celebrate and reflect on the season through music. With over 100 singers and a full orchestra in an acoustically-acclaimed concert hall, it is rare to find a concert of this caliber at this price,” said Victoria.

Tickets to the Christmas Traditions Concert are $15, and can be purchased at the door, via phone, or through online order. The Benaroya phone number is (206) 215-4747, and their website is www.benaroyahall.org.