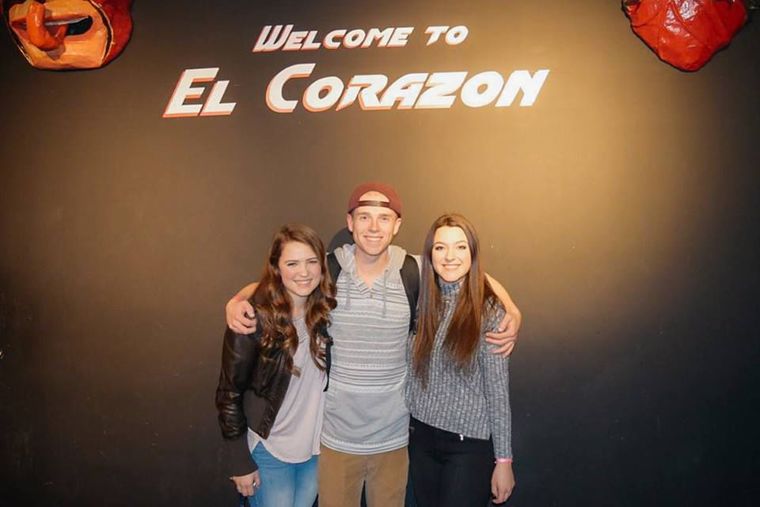 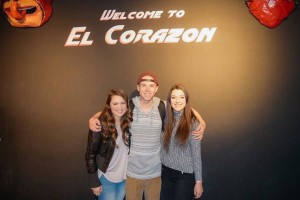 Trevor Tunes is a regular Talon series by columnist Trevor Wood that highlights musicians at Northwest University, with the intent of sharing the stories behind their songs, inspirations, and musical journeys.

This column gives me the honor of covering the beat of musical happenings at Northwest University – and there is plenty of content for that beat, as NU is absolutely packed with talented musicians across campus. There are several musical events every month that NU students are involved in: whether that’s open mic nights in Pecota, weekly worship services in chapel, multi-act shows in Butterfield, Monday night Pursuit, jazz band concerts, choir concerts…you get the picture.

Last month, though, there was a very special show for one particular NU student: Leanna Crawford’s professional debut as an opener for David Choi at El Corazon in Seattle.

A Light in a Dark Place

As the floor filled with chatty fans, I couldn’t help but notice how grungy the venue was. A dingy curtain hung crookedly from the back wall of the stage, failing to obscure an ancient looking power outlet that protruded from a pocked cement wall. A plastic carton of what looked like cleaning supplies was balanced on top of a speaker in a corner of the stage. To the left of a stage was the El Corazon bar with a big chalkboard sign that listed the day’s specialty drink: “Screwed & Tattooed” (spiced rum, lemonade, and a splash of orange juice). Every possible surface in the venue was covered with stickers of bands, restaurants, radio stations, and beer brands. To the right of the stage, stenciled on the wall in big, blocky white letters were the words “NO STAGE DIVING.” I chuckled, imagining Leanna diving into a crowd of screaming fans.

Eventually, Leanna took the stage with her sister Lyndsay and guitarist Spencer Clem. Her musical style was light and cheerful, which seemed somewhat out of place in a venue that has hosted bands like Pearl Jam, Nirvana, Alice in Chains, Macklemore, and a Canadian heavy metal band named 3 Inches of Blood. Regardless, Leanna was all smiles as she harmonized with her sister during a song about friendship and sisterly love. “You’ve got my love to lean on, darling.” Halfway through the show she sang a song dedicated to her dad for his birthday, a tune about standing together, drying your eyes, and encouraging one another. “You’re gonna make it.”

I smiled as I realized that in her professional debut, Leanna consciously chose to speak the name of Jesus to a crowd of Seattle strangers.

Near the end of the show, Leanna pulled the crowd together for a moving statement. She spoke about how God was with her through her musical journey, how she knew that He loves and meets her where she’s at, that He loves everyone. She then taught them the bridge to a worship song that she had written, inviting them to sing along with her. A handful of patrons shuffled awkwardly and glanced at each other as Leanna essentially led everyone in a song of worship. I smiled as I realized that in her professional debut, Leanna consciously chose to speak the name of Jesus to a crowd of Seattle strangers.

This is not the first time Leanna has been featured in Trevor Tunes. The column’s first article was a brief profile of her and another NU musician, Josh. Since that article, there have been some exciting developments in Leanna’s musical career. About a week after the show, I sat down with her again to talk about what’s next.

“It’s official, I signed with Matthew West and Combustion Music,” said Leanna, who was in the process of signing the contract when I interviewed her last. “I have a quota of songs I have to write within my year-long contract…I’m an employee, basically.”

Leanna said that the goal of the contract for Matthew West and Combustion Music is that it would be a starting point for her career. For the first contract year in particular, her aim is simply to write songs, pushing for an entire album to be completed by late spring 2017 so that she can tour with Matthew West that fall.

“Matthew is a big picture person,” explained Leanna. “I think this is his plan for me to be introduced to his audience on his 40-city tour.”

With that tour looming in the distance of fall 2017, Leanna admitted that this amazing opportunity may mean a detour from her education at NU.

“I’m a music industry business major, so I want to see if I can use that semester [on tour] as some kind of independent study to get credit, so I could still graduate in the spring of 2018,” said Leanna. “I’ll be on the road doing literally what I’m majoring in, so I’m hoping that works out.”

Now a contracted musician, Leanna admitted that the added responsibility of meeting a song quota can be stressful on top of her regular load of work at school.

“Trying to song-write every day and staying consistent as a student is hard to do,” Leanna said. “It’s a job. I can’t just write when I’m inspired, I’m supposed to write every single day.”

For now, Leanna’s creative works will remain mostly under wraps. No new pieces will make their way to any of her traditional music outlets (iTunes, Spotify, etc.) for the next several months. All of the new songs she is crafting will eventually be featured in her aforementioned album slated for release in late spring of 2017.

However, for the fans eager to hear what Leanna is cooking up for her future album, there’s good news!

“[The label’s] advice to me when we talked about the tour was to start playing as much as I could, anywhere and everywhere, to get experience,” said Leanna.

She went on to say that some of her new pieces would be performed at shows and performances she plays at before the album’s release. That means that until the album’s late spring release, the only way to hear Leanna’s latest work will be to attend her performances. That said, with the busyness of school toward the end of this semester, Leanna added there are no upcoming shows on the calendar just yet.

Leanna Crawford enthusiasts don’t have to wait until next year to purchase new music with Leanna’s name on it, though! This Christmas season, you can find her featured on none other than Matthew West’s own Christmas album, Unto Us: A Christmas Collection.

“I went to Tennessee in August…it was totally random,” Leanna recalled with a smile on her face. “He called me a few weeks before and was like, ‘Hey, how would you like to sing on my Christmas album?’, and I was like, ‘Oh my gosh, yes!’”

Leanna accompanies Matthew West in one song on the album: Silent Night.

To stay up to date on Leanna’s musical career and keep an eye out for future performances, follow her on Facebook or Instagram. If you would like to hear any of her released music, you can find her on Spotify, iTunes, or YouTube under “Leanna Crawford.”