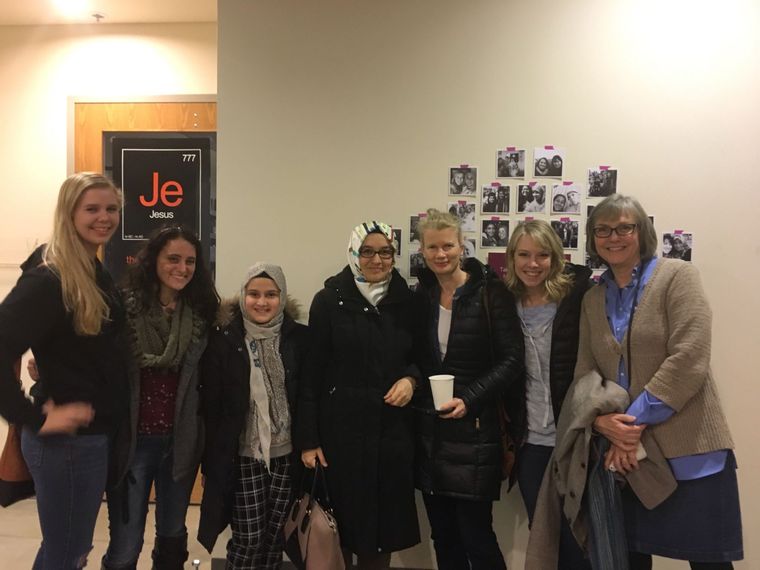 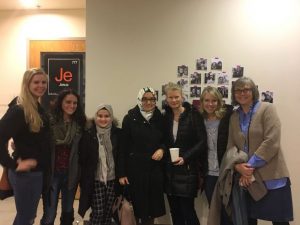 Muslim and Christian women gathered together to share food and engage in deep conversation about the similarities and differences between the two religions at Northwest University on Jan. 30.

The “We” conference, hosted by Courtney Christenson, asked pertinent questions to attempt to start undoing the social constructs that estrange the women of the two religions.

Christenson started the “We” project as an assignment for one of her graduate classes. She is currently studying in the International Community Development program at NU. Her assignment required her to explore and try to understand a subculture other than her own. She discovered that she knew so little about the Muslim culture, and it became a passion to fight for peace between Muslims and Christians.

Christenson began networking through social media and her friends to find photographers and gather pictures accentuating the similarities between women of both religious groups in order to bring common ground. The project grew to include 17 photographers, seven states, and around 70 people in the photos.

The photographers range through different experiences that women of both religions have in common. There are pictures of women enjoying motherhood, engaging in sports, and working with a cup of coffee by their side. There was one comparison of two young girls dancing ballet. Thought provoking questions accompanied the different groupings of pictures.

Reyhan Tatli, a Muslim woman, attended the event with her daughter.

“The questions among the photos made me think critically and analyze better,” said Tatli. “While we were talking about the issues, I felt that, as a Muslim and as the minority of this society, I have many valuable friends. I am safe in this state. There are so many people who can help and support.”

There was a part of the event where the women were split up into small groups to discuss, face-to-face, their religions and spend time understanding each other better.

“I think the most important moment was as we went through the exhibit… because we were purposely put in diverse groups. I was in a group with a Muslim woman and she just let us ask questions… It was this really powerful moment of getting to learn,” said Dr. Sarah Drivdahl, the Dean of the College of Arts and Sciences.

The event also had an impact on the undergraduate women of NU.

“Throughout the whole event, I realized that I do not do much to intentionally go out of my way and meet people who are different from me,” said Malea Lash.

Others said the opportunity to speak with a Muslim woman was incredibly inspiring.

“She shed light on some of the differences between how we view their culture versus what their religion actually believes,” said Bethany Williams.

Christenson will host another event in the Vala Art Center in Redmond Town Center toward the end of March.