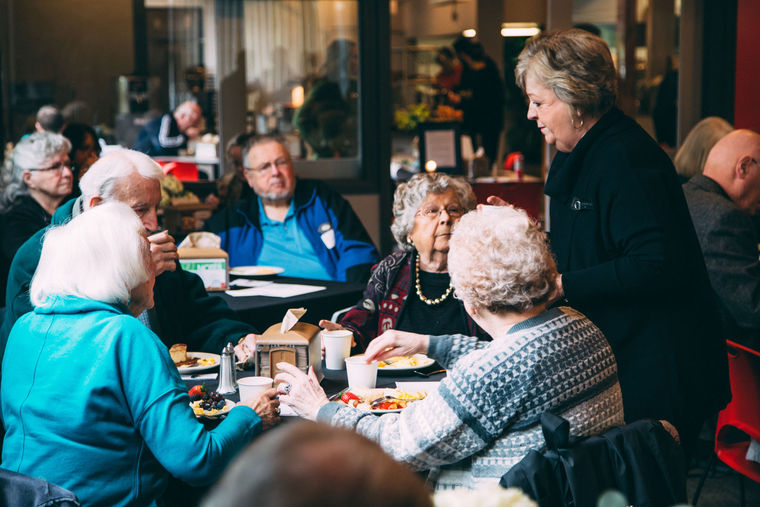 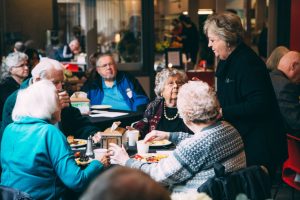 From Feb. 11-12, Northwest University hosted almost 200 alumni for Homecoming 2017. Alumni from all graduating classes were invited for a summative, celebratory reunion to participate in activities, fellowship, and reminiscing.

On Friday, alumni were invited to Alumni Chapel, which featured alumni Woodrow Vaovasa and Jonette Bryant, who lead worship and Alumnus of the Year, Timothy Knapp, was the speaker.

Knapp shared a portion of his story and experiences during his time at NU. When he still lived on the east coast, he felt God calling him, and so Knapp decided to enroll at NU. Unfortunately, Knapp had an underlying mentality that to be called by God was to go into the ministry field; any other career was just a job, not necessarily a vocation. Knapp described how God helped him to see that he can have a ministry and glorify Him by studying business, a presumed “secular” major, because God gave him a talent for business.

“There is no division between secular and sacred. Everything I do to glorify God is sacred. That was revolutionary for me… I didn’t want to do ministry, I just wanted to be ministry,” said Knapp.

On Friday evening, alumni were encouraged to attend the President’s Banquet, one of the primary, annual fundraising opportunities for student scholarships. The Banquet featured a concert by the Northwest Choralons and a speech from President Castleberry, who went over the vision for the future of NU.

“The President’s Banquet was incredibly fun. I was doing my best not to cry when the amount of money raised was announced, but when I saw President Castleberry’s excitement, I lost it,” said Abigayle Baez, a member of Choralons.

Several reunions were held Saturday afternoon for the College of Education, Social & Behavioral Sciences, Business, Arts & Sciences, Ministry, and the School of Nursing. The Alumni Board chose to create a reunion for each separate college because they wanted to connect the alumni through affinity groups.

“An affinity group is based on what they are passionate about here at Northwest, what they were involved in. We want to encourage our alumni, no matter what college they graduated from, whatever they feel called to and connected to, in the world and at Northwest, to come back to that reunion,” said Leanne Konzelman, Director of Alumni and Parent Relations.

Alumni were urged to partake in many other activities, including an alumni worship service, a campus tour, the Founder’s Reunion Brunch, and the women’s and men’s basketball games.

“We had almost 200 alumni attend… It’s really my heart that our alumni will come back, year after year,” said Konzelman. “It would be a way to engage with each other, to get involved with Northwest. It’s a place for them to fellowship with each other, to hang out, and just reminisce.”

Dealing With Grief in College