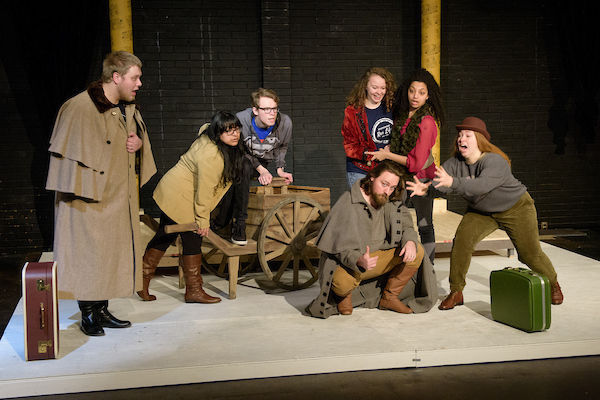 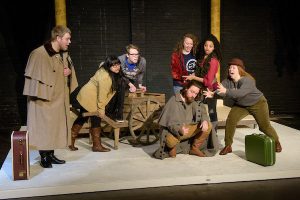 Northwest University senior and beloved Aerie barista, Josh Payne, plays Guildenstern and feels like he truly connects with his character.

“The first aspect that I love is how philosophical Guildenstern can get. However, this is Guil’s greatest weakness as he often times loses his grounding on reality by questioning the reality around him,” said Payne. “The second aspect that I love is Guil’s ability to be a total ruffian one second and then a big softy the next. This is something that I can very much relate to as I sometimes put on a hard exterior but it doesn’t take much to soften me up.”

Chrystal Helmcke, the director of the production, chose this particular play because of how it explores the existential questions all humans struggle with, such as who they are and how to find their identity.

“It isn’t what anyone might call a “Christian” play, but the themes are deep and important for Christians to consider,” responded Helmcke.

You can expect to see new characters as well as favorites from Hamlet. The story is woven anew from the tapestry threads of Shakespeare’s original work into this fourth-wall comedy. While the process and the development of characters has been difficult, both Helmcke and Payne agree that the biggest challenge has been answering the existential questions posed in the play. Thankfully, the audience won’t have to brush up on their Shakespearean syntax.

“Most of the play is in modern English. Occasionally actual lines from Shakespeare’s original play Hamlet are spoken,” said Helmcke.

Payne could not reveal much about the play in order to keep the surprise for the performance, but he did reveal one thing.

“Be mindful of the suitcases.”

Tickets: Tickets purchased in advance are offered at a small discount. Tickets can also be purchased at the door for $8 for students and $12 for general admission.