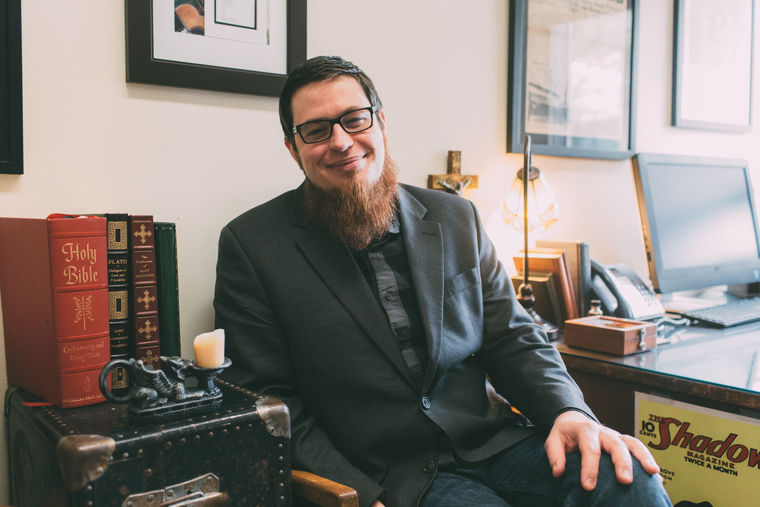 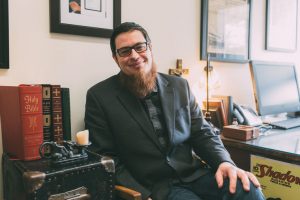 On Thurs., Mar. 23, Associate Professor Dr. Jeremiah Webster stood in front of over a hundred students at the Faith in Humanities Conference and read poetry from his recently published book, “After So Many Fires.”

The project spanned a total of 12 years.

“I’m grateful it wasn’t a day longer, but I also have a better book than I did in 2005. I needed that decade to refine the poems, experience life, endure more pain, and drink a few venti-sized doses of humility,” said Webster.

The atmosphere around Webster since childhood has prepared him for his poetry endeavors.

“My childhood home was full of music. I’d fall asleep to the melancholy of my mother’s violin as she practiced in the living room. My father read Scripture aloud, the tone and timbre of his voice filling the house. The apprehension of an inherent music in language is the first great revelation a poet receives,” he said.

Though the process took longer than he expected, he managed to keep up his spirits. Publishing the poems separately propelled his confidence.

“I can’t overstate the importance of literary journals in assisting the careers of young poets. Having individual poems accepted along the way can help a writer “keep faith” in the project,” said Webster. “I’ll never forget the summer afternoon I received a letter from North American Review – the oldest literary journal in America – informing me that two of my poems had been accepted. Finally, I thought. Someone other than my mom thinks these poems have merit.”

His passion for his poetry was palpable in the room during his reading.

“Poets aren’t supposed to have favorites. That would be like choosing a favorite child from the lot. I’m willing to say that some of my poems are more successful than others, but if I’ve done my job each one should have merit in its own right,” he said.

John O’Hagan, a junior English major said, “His poetry seeps into your soul, unlocking the parts that you want to keep hidden.”

Webster’s inspiration has come from other poets, such as T.S. Eliot, Emily Dickinson, and Mary Oliver.

He draws upon Psalms 104, “Here is the sea, great and wide, which teems with creatures innumerable, living things both small and great. There go the ships, and Leviathan, which you formed to play in it.” (ESV)

Webster is a beloved figure in Northwest University’s faculty since his start here, five years ago.

Carissa Climer, a senior English student, said, “Being in Dr. Webster’s classes has been an amazing experience. He’s so wise and it makes me want to try even harder in his classes than I normally would. I don’t want to let him down.”

Elizabeth Buller, a Psychology major, said that in Webster’s C.S. Lewis class, “[He] lived out being a mentor to each of his students.”

Mason Britsch, an intercultural studies major, said, “He’s a wonderful professor who thinks deeply about life, the world, and Jesus, and he brings everyone he teaches along with him for the ride. He’s a pleasure to learn from.”

Webster’s advice for new writers is as follows:

“Read. Read until your parents begin to worry that you have no social life. Read until your friends wonder if you’re a Luddite and have voluntarily forsaken all forms of social media. Read until you no longer feel alone, so captivated are you by the great “cloud of witnesses” who have gone before us. When you have done this, when you have truly tasted the word, you are ready to write.”

His book, After So Many Fires, can be purchased on Amazon or from the publisher: Anchor and Plume at http://anchorplume.bigcartel.com/product/after-so-many-fires.