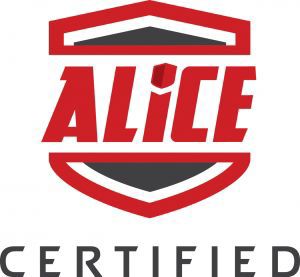 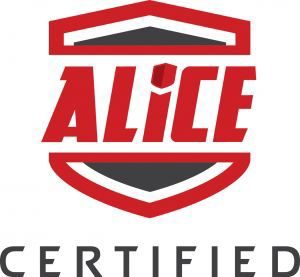 A problem seemingly unique to the last 50 years, mass shootings have become at once common enough to be unsurprising, and horrifying enough to force our nation to stop and watch each one as they happen. They are a topic with enough power to make or break political careers and to instill fear in anybody, especially members of educational or religious institutions. Northwest University is both of these things.

Last semester, NU’s Emergency Crisis Management Team (ECMT) voted to forego the traditional practice of locking-down and hiding in the event of an active shooter, in favor of the newer ALICE training. ALICE is an acronym that stands for Alert, Lockdown, Inform, Counter, and Evacuate—each a response to an active shooter situation. The responses are neither exclusive to each other, nor sequential, and responding with ALICE can look different in multiple scenarios.

The ECMT is a group of NU staff members who work to prepare for a variety of crises with the help of NU’s Emergency Crisis Management Plan (ECMP), a document addressing several potential issues and their contingencies. Dr. Jim Heugel, provost of NU, is on the ECMT.

“An emergency or crisis can be anything from a shooter or bomb, to a fire, windstorm, or power loss. There are even sections in [the ECMP] on if a student dies,” Heugel said. “As a group we are responsible for planning responses for different emergencies on campus.”

On choosing a new plan for active shooter situations, Heugel believes it is the best practice for NU.

“In our own rehearsing of our ‘secure in place’ philosophy we came to recognize its inherent problems. We heard about ALICE and we learned from our contacts at the Kirkland Police Department that this is best practice in these situations. After a few of us underwent training, the ECMT decided to move forward with it,” Huegel said.

ALICE is not just for the university’s faculty, however. For it to work as intended, all students must have at least some level of the training. Rick Engstrom, Dean of Student Development, is also on the ECMT and has undergone ALICE training.

“An email will be sent to all students with a link to just the online, educational component of the program, which will be required and is a 30 minute, classroom-like environment,” Engstrom said. “A secondary component will be voluntary and will be the physical training, where you practice the Counter part of the program. Banding together to take down an assailant, in this case a person in airsoft gear.”

Though it may seem problematic not to require the physical training of all students, Engstrom was reassuring that the online program is comprehensive and thorough. He also explained why the ECMT decided not to make the second component compulsive.

“We decided this should be voluntary because of the nature of the training. We require the first part, but we recognize the second part can be emotionally traumatizing to some people. We don’t know what everyone has been through,” Engstrom said.

As well as the physical training, there are technologies that accompany ALICE. The most integral of these, according to Engstrom, is the ALICE app. The app is a communication software that submits an alert to others with the app in an emergency situation. It is similar to NU’s text alert system, but different in some nuanced ways.

“We will still use text alerts for school closures, but there is a middle person there; one person who is the only one who can send out the alerts,” Engstrom said. “The app cuts out the middle man and allows instantaneous alerts of the shooter from anyone with the app. This goes both to the community and to law enforcement.”

Another change to the security of Northwest, though unaffiliated with ALICE, is that of our new Security Director, former KPD officer Mark Lewis. Lewis has extensive experience in peace-keeping and preparedness, and although his position at NU is not directly connected to the ALICE training, he is still in favor of it.

“I highly support ALICE and what the school is doing in regards to preparedness.  As a career police officer who spent over seven years on Bellevue PD SWAT, I understand what is possible and how training and education in responding to these kinds of incidents can save lives,” Lewis said.