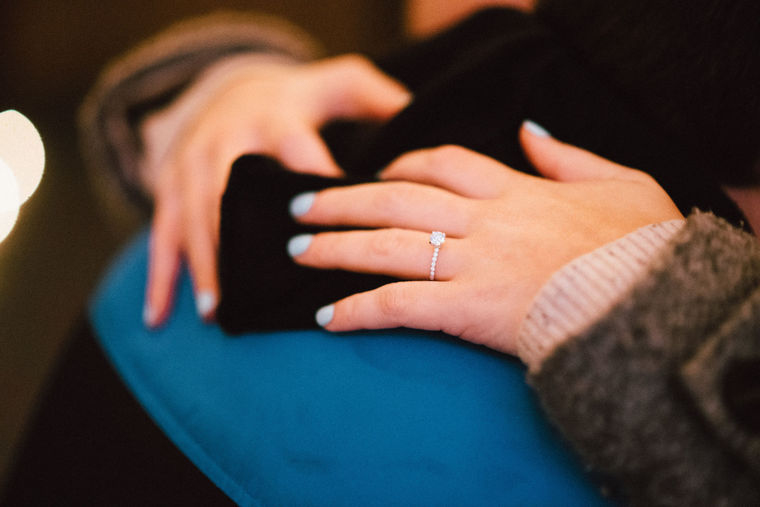 Commentary: A Freshman’s Take on NU’s ‘Ring by Spring’ 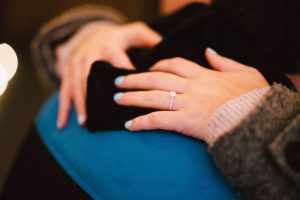 Almost from the moment you commit to attending Northwest University, the never-ending string of jokes begins.

From the more generic “MRS degree” to the NU-specific “Ring by Spring, FIRS by Fall,” jokes about college marriages are hardly new. At Northwest, however, they seem to be dialed to 11.

It seems to be a unanimous assumption that a vast majority of students coming to NU are looking for a spouse along with a degree, and alums often reinforce this perception.

I heard all these jokes over and over again last summer, but I wasn’t having any of it. “I’m not touching any of that nonsense with a ten-foot pole,” I thought, “I won’t have the time or the money for a girlfriend.”  This seemed to be the consensus among the single guys on my floor and the freshmen in general.

Within a month, half of us were dating someone. Those who weren’t were hopelessly smitten with a girl. Must be something in the water.

And it doesn’t end there. Go home for Winter Break, and the first few questions anyone will ask you is “Are you dating anyone?” or “Are there any cute girls at school?” Honestly, do you people spend the whole time we’re gone just sitting around speculating about our romantic interests?

All of this made me wonder how big of a phenomenon ring by spring actually is. It certainly is an undeniable force in the NU culture, but why is that?

On one hand, there is data to back up the stereotypes. A 2013 study by the Facebook Data Science Team found that of the 12 schools that identified as offering both guys and gals the best chance of finding their spouse, 11 of them were Christian schools. For all those schools, 50-70% of grads married fellow alums.

There is certainly a more general trend among Christians to marry younger. While the overall average marriage age for millennials is getting close to 30 years old, the average for Christians hovers more in the early to mid-twenties. So perhaps there is the element that, statistically speaking, this is merely our springtime—both metaphorically and literally.

But does this account for all of it? I’m not sure.  With roughly 90% of my first year at NU in the books, I have yet to see a “Six Steps to a Ring by Spring” seminar, or really any discussion on the topic of relationships and marriage outside of the Q-and-A in chapel a couple weeks ago. So “How to Get Married Fast 101” isn’t in the freshman curriculum.

Yet the jokes persist. I understand the humor involved, and have cracked the jokes multiple times myself. Not to mention freshmen are often the fodder for jokes throughout the college world, so “Ring by Spring” could just be NU’s iteration of the freshman jokes.

On the other hand, I think it’s the wrong message to be sending. There are times when it creates what feels like an undue sense of expectation, and the stigma that if you’re still single by this point there’s something wrong with you. Don’t get me wrong, I was among those who developed a massive crush on a girl within a few weeks; and even though time has allowed calmer heads to prevail—that, and her starting to date someone—I still have days where all I can hear is the line from the Lukas Graham song, “Seven Years,” telling me to “go get yourself a wife or you’ll be lonely.” So, I get it. It’s not good for man to be alone (Genesis 2:18), and there is a legitimate argument to be made for marrying young. But please, lay off the Ring by Spring jokes a bit.

Not to say that there isn’t a place for them. They are extremely hilarious and alarmingly true, but they are a bit overdone and start to create an unhealthy expectation.  Because while it’s true that he who finds a wife finds a good thing, and a very good thing at that (Proverbs 18:22), one must also remember the refrain to avoid awakening love before its proper time (Song of Songs 3:5).

Upperclassmen, I ask you to be judicious in the use of the jokes. To my fellow freshmen and those dating in general, I have one word—patience. Don’t avoid dating and romance all together, but don’t rush in too early either. Because for every happily ever after, there’s a darker iteration of the joke: ring by spring, bummer by summer. So be wise in your course of action, and trust God through it all.

An Ode to Senioritis