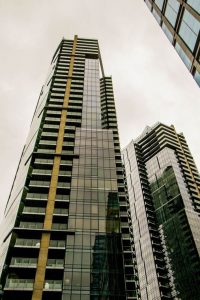 Transferring schools is always a period of uncomfortable readjustment, especially if transferring from an inner-city community college to a private Christian college. Going from being exposed to many cultures, races, beliefs, and lifestyles to being surrounded by a highly homogenous and  very conservative Assemblies of God community, one can struggle with the reality of breaking into the NU bubble. Imagine going from a school that has a 51 percent minority enrollment rate, which is 10 percent higher than the state average, to a school where the minority rate is still up in the air.

I began at Shoreline Community College at the age of 16 to fulfill my Associate’s degree. The campus is located 20 minutes from Seattle close to Aurora Avenue, sometimes referred to as “Ghetto Row.” A normal day was being engrossed into many different cultures in the classroom. Having a small number of Caucasian individuals in a classroom wasn’t something that was strange, in fact, it was encouraged. We prided ourselves for being able to bring so many cultures together at one school. All groups of underrepresented students and especially students of color, had clubs and would hold meetings which were open to all people regardless of their ethnicity. It was a way of encouraging, educating, and engaging students to work together regardless of their differences.

After two years there, I transferred to NU. Though NU is a beautiful campus with a focus on community, I still struggled relating to individuals at times. NU has its own unique culture, one of which I was not really familiar with. The things students were struggling with at my previous college were things that seemed easily taken for granted here. I looked around and saw everyone who looked like me and yet I was totally disconnected from them. I didn’t understand their problems or what they faced because it seemed so insignificant compared to the things my friends and I have faced. I struggled feeling connected to these people, the same people I’m supposed to feel the most connected with and I wasn’t the only one feeling that way as well.

“I come from the central district of Seattle, I recognized a lot more white people than I thought, I think the most challenging part of being here is the fact that they want you to be someone, they want you to be this idea and when you refuse to be that idea that they have they get upset and almost try to alienate you,” said sophomore Amauri Boss.

I remember Ferguson on Aug. 9, 2014 very clearly. There was a point in fact that at my community college the security was so high on campus you could see security guards at every building. There was so much unrest on campus at that time that they were afraid someone was going to begin rioting on campus. Professors stayed late those few days just to talk to students and talk them through their confusion and grief over the situation. When I came to NU, no one seemed to mention Alton Sterling, Freddie Gray, Walter Scott, Eric Harris, and Phillip White. All of which were young African American men killed by police in 2015 alone. I realize that NU wasn’t prepared to handle the issue and thus felt it best to lay low on the topic. The fact was clear there were social injustices happening across the country and the place I was looking to get answers and support from didn’t know how to help their students through it. The worst part was that some of the most hurting people were in the NU community and no one even knew. Culture shock is not an experience confined to students of color. Markel Barnes, a white student who grew up in a military community in Lacey, Washington was used to being around diverse groups of people. He had nontraditional role models, grew up in a mixed family with biracial siblings, and has a love for hip hop culture beyond just the music.

“I think it was more culture shock for the people here because they had never seen anybody like me, so they didn’t know how to handle me,” Barnes said.

One thing people need to realize is that race and culture are not the same thing, the dominant culture here is conservative AG and there are white students that don’t fit that mold either. Culture shock affects anyone when they enter a new environment and have to figure out how to adapt to fit in, but remain themselves.

In the face of certain past events the lack of a strong response from NU left many students feeling forgotten, and during these times I met Nicole Parker, a communication major at NU. Before NU she went to South Seattle Community College to fulfill her Associate’s degree. During 2012-2014 the demographic of students identifying as people of color was above 53 percent. The school had many resources for underrepresented students such as identity based clubs, a multicultural center, and a women’s center, all under the direction of the dean of diversity and retention. Parker was highly involved in student organizations and always felt connected to a network of people who advocated for diverse students and social justice on and off campus. Parker spent her first year at NU feeling isolated and angry that NU didn’t care about issues happening to people in the community, especially issues facing people of color.

“I didn’t understand why people here could plan mission’s trips to the Dominican Republic when people were suffering in Flint, and Ferguson, and even Seattle. They were smiling and joking while some students mourned, yet we were all asked to pray for France, but who prayed for Philando Castile and victims of racial injustice?” Parker said.

The NU bubble allowed many students to ignore current events that could be deemed political and ignored underrepresented students who didn’t feel they could belong.

“Something that has been really challenging is not seeing a whole lot of people who look like me, some people don’t realize how important it is, to like, see someone of color or who speaks the same language as you. You feel more at home, safer in a way,” said Ndungu.

The minority enrollment rate at NU in regard to undergraduate students is at 31 percent. Those rates are changing slowly due to Dr. Nina Hanson’s work on creating diversity programing, events, and resources for students, staff, and faculty, to help promote change on campus. Ultimately, race and culture are hard topics for a small university to address in a changing society. However, a lack of a response is a response in itself. In the end, the only way to deal with culture shock is to challenge your perceptions regardless of what group you find yourself in. Stand firm in your faith, and try new things with a nonjudgmental heart.